With all that death and destruction in 2022, climate-related disaster damages are down from 2021, according to insurance and catastrophe giant Swiss Re.
Listen now to WTOP News WTOP.com | Alexa | Google Home | WTOP App | 103.5 FM
(1/13) 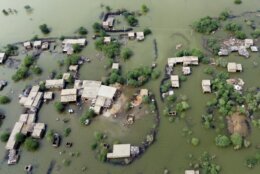 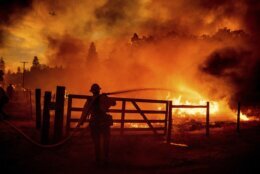 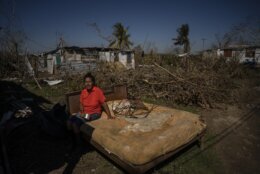 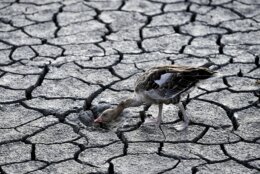 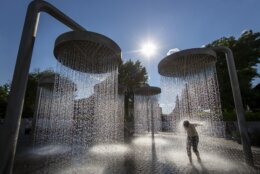 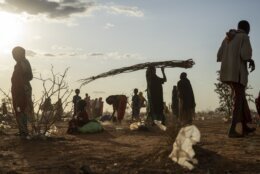 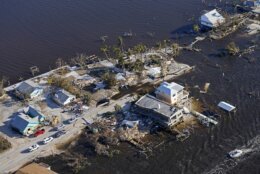 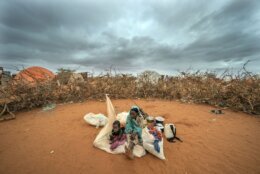 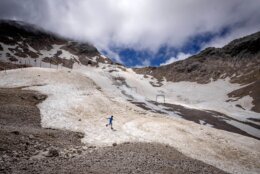 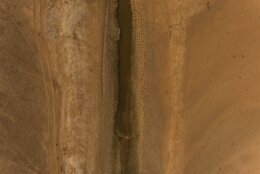 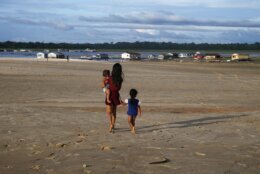 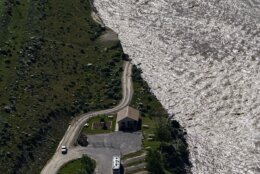 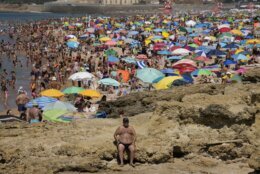 This past year has seen a horrific flood that submerged one-third of Pakistan, one of the three costliest U.S. hurricanes on record, devastating droughts in Europe and China, a drought-triggered famine in Africa and deadly heat waves all over.

Yet this wasn’t climate change at its worst.

With all that death and destruction in 2022, climate-related disaster damages are down from 2021, according to insurance and catastrophe giant Swiss Re. That’s the state of climate change in the 2020s that $268 billion in global disaster costs is a 12% drop from the previous year, where damage passed $300 billion.

The number of U.S. weather disasters that caused at least $1 billion in damage is only at 15 through October and will likely end the year with 16 or 17, down from 22 and 20 in the last two years, according to the National Oceanic and Atmospheric Administration. But because of Hurricane Ian, overall damage amounts are probably going to end up in top three in American history.

Weather disasters, many but not all of them turbocharged by human-caused climate change, are happening so frequently that this year’s onslaught, which 20 years ago would have smashed records by far, now in some financial measures seems a bit of a break from recent years.

Welcome to the new abnormal.

“We’ve almost gotten used to extremes. And this year compared to many years in the past would be considered a pretty intense year, but compared to maybe the most extreme years, like a 2017, 2020 and 2021, it does look like … a slight adjustment down,” said NOAA applied meteorologist and economist Adam Smith, who calculates the billion dollar disasters for the agency. “We’re just getting used to it but that’s not a good way to move into the future.”

Wildfires in the United States weren’t as costly this year as the last couple years, but the Western drought was more damaging than previous years, he said. America’s billion dollar disasters in 2022 seemed to hit every possible category except winter storms: hurricanes, floods, droughts, wildfires, heat waves, hail storms and even a derecho.

When it comes to 2022’s financial damages globally and the United States, Ian, which walloped Florida, was the big dog, even though Pakistan’s flooding was more massive and deadly. In terms of just looking at dollars not people, Ian’s damages eclipsed the drought-triggered African famine that affected more people. It also overshadowed river levels in China and Europe that dropped to levels so low it caused power and industrial problems and the heat waves in Europe,India and North America that were deadly and record-breaking.

Smith said NOAA hasn’t finished calculating the damages from Ian yet, but there’s a good chance it will have more than $100 billion in damage, pushing past 2012’s Superstorm Sandy that swamped New York and New Jersey, ranking only behind 2005’s Katrina and 2017’s Harvey for damaging hurricanes.

In the 1980s, the United States would average a billion-dollar weather disaster every 82 days. Now it’s every 18 days, Smith said. That’s not inflation because damages are adjusted to factor that out, he said. It’s nastier weather and more development, people and buildings in harm’s way, he said.

Globally “if you zoom in the last six years, 2017 to 2022, this has been particularly bad” especially compared to the five years before, said Martin Bertogg, Swiss Re’s head of catastrophic peril.

“It felt like a regime change, some people called it a new normal,” Bertogg said. But he thinks it was more getting back, after a brief respite, to a long-term trend of disaster costs steadily rising 5% to 7% a year.

“You’re spending money now because we’re not doing the things we ought to be doing,” Kerry said in an interview with The Associated Press. “We’ll be spending a hell of a lot more under much more stringent circumstances then than we are today if we don’t move faster.”

Not every year has to be a whopper. The U.S. got a break in 2019 when there were “only” 14 billion-dollar disasters, NOAA’s Smith said.

“A growing body of evidence indicates that climate change is increasing the variability as well as the average” of weather disasters, said Stanford University environment director Chris Field, who led a United Nations 2012 report on extreme weather. “What this means is that in some years we get hit harder than others. In other years we get hit like never before.”

“The important thing is that the trend in disasters is increasing,” Field said. “And it will continue to increase until we halt the warming.”

Looking at damages, mostly insured losses, can give a skewed picture because how much a disaster cost depends greatly on how wealthy the area that the disaster hit, less so than the scale of the disaster itself, said Debarati Guha-Sapir, who runs the Centre for Research on the Epidemiology of Disasters at the Catholic University of Louvain in Belgium.

And even more important, these figures are about dollars, not people, and that distorts the true picture, said Guha-Sapir and University of Washington health and climate professor Kristie Ebi.

“What is insured is a small fraction of total infrastructure and the people killed in Pakistan,” which lowers the damage amount despite 1,700 people killed, Ebi said.

The flood in Pakistan, which submerged one-third of a country that’s bigger than Texas, was not the only thing that hit that developing country.

“Pakistan just couldn’t catch a break this year. A January snowstorm killed 23 followed by a lethal spring heatwave, then devastating floods from June-October took over 1,700 lives and untold livelihoods,” said Jennifer Francis, a climate scientist at the Woodwell climate Research Center in Cape Cod. “Many other surprising, less publicized, and alarming events wreaked havoc on local communities, such as the sudden collapse of the lucrative snow crab fishery in the Bering Sea, rapid demise of European glaciers, inundation of several coastal villages in Alaska by ex- tropical cyclone Merbok.”

“Additional heat in the atmosphere is sucking moisture out of soils, exacerbating drought and heatwaves,” Francis said. “Evaporation from oceans and land also increases the amount of moisture in the air, which provides more fuel for storms and heavier downpours.”

Swiss Re’s Bertogg said although climate change is at work he estimates two-thirds, perhaps more, of the rise in damages is due to more people and things in harm’s way.

Urbanization across the globe puts more people in dense environments, which increases damage when disaster hits, Bertogg said. Then add urban sprawl that takes those cities and makes them geographically bigger and thus more vulnerable, he said. A good example of that is how wildfires started damaging more homes in California as more homes got built in rural areas, he said.

Plus more construction is being built on the coast and along waterways making them more vulnerable to storms and flooding, with flooding as “the biggest threat for the global economy,” Bertogg said.

But NOAA’s Smith keeps searching for a little silver lining in storm clouds: “I just hope the trends get a little bit less profound and less stressful for society. We all need a break.”