Holidays: Where to see holiday lights | Santa's back with inflation, inclusion on his mind | 4 ways to limit your holiday debt | Inflation 'definitely a guest' at holiday celebrations this year
Home » Europe News » Not just Neymar: Tite…

As the five-time champion aims to win the title for the first time in 20 years, Tite also knows his attack has limited experience on the sport’s biggest stage. That’s something which he hopes will be offset by an abundance of skill, speed and aggressiveness to worry — or terrify — opposing defenses.

Tite will have almost a week of training in Turin, Italy, to tune up.

Only Neymar, from the 2014 and 2018 World Cups, and Jesus, Brazil’s starting striker four years ago in Russia, have experience in the tournament. The other seven will make their World Cup debuts in Qatar.

Tite has said he plans to use all nine. The main decision is where to play Neymar, a regular starter for 10 years. The coach has leaned toward a formation with Neymar adopting a midfield role in support of the attack, like “a bow behind three arrows,” according to Tite.

With Neymar as a midfielder-striker, Brazil’s most promising starting lineup has included Vinicius on the left, Richarlison as a target man, and Raphinha on the right. Many expect that to be the chosen option in the opening match against Serbia on Nov. 24. Switzerland and Cameroon are also in Group G.

The alternative would be to place Lucas Paquetá on the left in a position where he could move into the midfield. That was often the case in World Cup qualifying but Brazil would be choosing a player who is recovering from a shoulder injury over Vinicius, who scored the winner for Real Madrid in the Champions League final this year.

“Brazil was very predictable for a while due to its dependency on Neymar,” Brazil great Zico said in September. “Now he is just the icing on the cake, the guy who will deliver something extra. Brazil has other players up front. A lot of players.”

Richarlison, who has seven goals for Brazil in his last seven internationals, will likely have Neymar behind him. Vinicius — or Paquetá — and Raphinha will be allowed to focus on their attacking skills because the likely left and right backs, Alex Sandro and Danilo, are expected to play more defensively.

If Vinicius and Raphinha fail to deliver, Martinelli and Antony will be warming up on the bench. Jesus and Rodrygo can also play on the flanks. If Paquetá starts and struggles, Tite could still field a rested Vinicius or Martinelli.

Jesus has improved as a finisher since the tournament in Russia and is also agile enough to open gaps for box-to-box midfielders such as Fred and Bruno Guimaraes to exploit. Rodrygo can do likewise while Pedro was the top scorer at the latest Copa Libertadores.

Pedro, who scored 12 in 13 matches for champion Flamengo, could end up as the team’s main striker during the World Cup. Tite has previously praised the player’s “unique” style and said he has an ability to “follow the quick thinking of midfielders.”

Experience could also influence bringing Jesus into the starting lineup when the tournament moves to the knockout stage if Brazil, as expected, advances from its group. Four years ago, Jesus failed to score in Russia but says he’s ready to make an impact this time.

Many were upset that Liverpool’s Roberto Firmino, Atletico Madrid’s Matheus Cunha and Flamengo’s Gabriel Barbosa were not chosen. And Brazil great Ronaldo, who scored both goals against Germany in the 2002 World Cup final, said 16-year-old striker Endrick of Palmeiras should have been selected.

“If I could take one, just to be a part of it, with little chance of playing for real, I would take Endrick,” Ronaldo said on his YouTube channel. “It would be a sensational experience for him and for the future of the national team.” 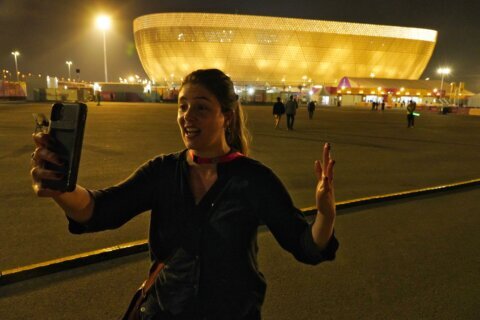 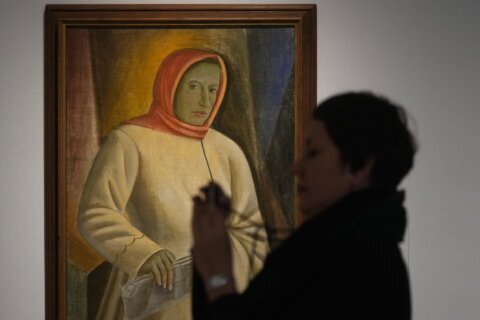