He may be good with rockets and electric cars, but don’t turn to Elon Musk for public health predictions.

“Probably close to zero new cases in US too by end of April,” the world’s richest man tweeted about COVID-19 in March 2020, just as the pandemic was ramping up.

It’s one of many tweets that offer a glimpse into the mind of Twitter’s new owner and moderator in chief. Playful, aggressive and sometimes reckless, Musk’s past tweets show how he has used social media to tout his businesses, punch back at critics and burnish his brand as a brash billionaire who is unafraid to speak his mind.

Musk joined Twitter in 2009 and now has more than 112 million followers — the third most of any account after former president Barack Obama and Canadian singer Justin Bieber. He had long mused about purchasing the platform before the $ 44 billion deal was finalized last week.

Musk hasn’t detailed the changes he intends to make at Twitter, though he wasted no time in making widespread layoffs. But he has said he wants to make Twitter a haven for free speech. He’s said he disagrees with the platform’s decision to ban ex-President Donald Trump for inciting violence ahead of the Jan. 6, 2021 assault on the U.S. Capitol.

“I hope that even my worst critics remain on Twitter, because that is what free speech means,” Musk tweeted earlier this year when he announced his intention to buy the platform.

As the CEO of Tesla and SpaceX, Musk uses his Twitter account to make business announcements and promote his enterprises. He muses about technology and trade, but has also posted jokes about women’s breasts and once compared Canada’s prime minister to Hitler. He regularly weighs in on global events, as he did in March 2020 when he tweeted that “The coronavirus pandemic is dumb.”

That same month, he tweeted that children were largely immune from the virus and predicted that cases would soon disappear.

Musk has also used his Twitter account to weigh in other big news events — with mixed results.

This fall, Musk infuriated leaders in Ukraine when he went on Twitter to float a potential peace deal. Under Musk’s plan, Russia would get to keep Crimea, which it seized from Ukraine in 2014, and Ukraine would have to drop its plans to join NATO.

Musk also suggested that people living in other areas illegally annexed by Russia should vote on whether Russia or Ukraine should get control over the territories — a move that Ukraine supporters said would reward Russia for its illegal aggression.

“The danger here is that in the name of ‘free speech,’ Musk will turn back the clock and make Twitter into a more potent engine of hatred, divisiveness, and misinformation,” said Paul Barrett, a disinformation researcher and the deputy director of New York University’s Stern Center for Business and Human Rights.

Stern singled out Musk’s comments about Ukraine as particularly concerning. “This is not going to be pretty,” he said.

Just days after purchasing Twitter Musk waded into yet another firestorm when he posted a link to an article advancing a bizarre conspiracy theory about the attack on the husband of U.S. Speaker Nancy Pelosi. The article suggested that Paul Pelosi and his assailant were lovers, even though authorities said the suspect confessed to targeting the speaker and did not know her husband.

Musk has long used the megaphone of his Twitter account to punch back at critics or people he opposes, such as when he attacked a diver working to rescue boys trapped in a cave in Thailand by calling him a “pedo,” short for pedophile. The diver had previously mocked Musk’s proposal to use a sub to rescue the boys. Musk, who won a defamation suit filed by the diver, later said he never intended “pedo” to be interpreted as “pedophile.”

Three days before Elon Musk agreed to buy Twitter, the world’s richest man tweeted a photo of Bill Gates and used a crude sexual term while making a joke about his belly.

Earlier this year he criticized the Twitter executive in charge of the platform’s legal, policy and trust divisions. In response to his tweets about the executive, many of Musk’s followers piled on with misogynistic and racist attacks, in addition to calls for Musk to fire her when his purchase of Twitter was approved.

Musk fired the executive on day one.

Musk’s use of Twitter has at times led to problems for his own companies. In one August 2018 tweet, for instance, Musk asserted that he had the funding to take Tesla private for $420 a share, although a court has ruled that it wasn’t true. That led to an SEC investigation that Musk is still fighting.

Those tweets helped cement Musk’s reputation as a brash outsider. But that doesn’t mean he is equipped to run a social media platform with more than 200 million users, said Jennifer Grygiel, a Syracuse University professor who studies social media. Grygiel has assigned Musk’s tweets as reading material for students.

“Look at the feed: It’s all over the place. It’s erratic. At times it’s pretty extreme,” Grygiel said. “It paints him as some sort of rebel leader who will take control of the public square to save it. That is a myth he has constructed.” 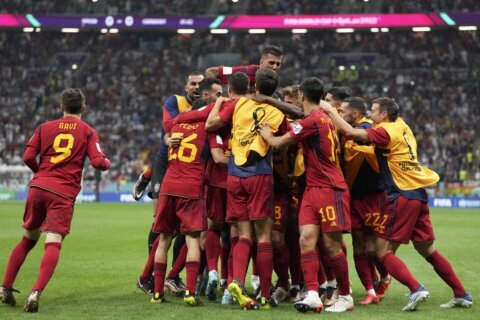