MILAN (AP) — The far-right-led Italian government’s weekslong standoff with aid groups running rescue ships partially eased Tuesday, as officials allowed all remaining migrants on two rescue ships to access port. But a ship with 234 rescued migrants still at sea appealed to France to offer it a safe port after more than two weeks of silence from Italy.

Italy was allowing migrants it had previously rejected as “not vulnerable” to disembark the Geo Barents, run by Doctors without Borders, in the Sicilian port of Catania. That comes after all 89 migrants aboard a German-run rescue ship were allowed to disembark on the Italian mainland earlier in the day.

Thirty-five migrants rescued at sea on the Humanity 1 ship were deemed by Italy to be not vulnerable and were blocked for days from getting off the boat. That’s despite protests from the aid group and experts who say all people found at sea in distress are entitled to the closest safe port under international law.

Italian private TV La7 reported late Tuesday that those 35 also were being disembarked but there was no immediate confirmation from the charity.

“Our goal is to defend legality, security and the dignity of every person. for this we need to stop illegal immigration, and avoid new deaths in the sea and fight human trafficking,” she said in a Facebook post.

Doctors without Borders, which operates the Geo Barents, said the disembarkation of the remaining 214 migrants on board was “a great relief after weeks of waiting.”

With its Ocean Viking rescue ship still in open seas 18 days after its first rescue, the European aid group SOS Mediteranee appealed to France for a safe port, saying the situation on the ship has reached “a critical limit.” Italian authorities have ignored repeated requests for a port.

“We are facing very severe consequences, including risks of loss of lives,” Xavier Lauth, the group’s director of operations. “Physical and psychological well-being of survivors and crew have been exhausted by over two weeks of blockage at sea. It is now a humanitarian emergency.”

SOS Humanity, which is also based in Germany, confirmed Tuesday that the 35 people remaining on board its ship following the vetting process and submitted requests for fast-tracked political asylum through a court in Catania. It said the condition of the people on the Humanity 1 was deteriorating daily, and that some had started a hunger strike.

In desperation, two Syrian men jumped into the sea from one of the ships, the Geo Berents, on Monday, and a third went in after to try to save them, said Doctors Without Borders, which operates the ship. 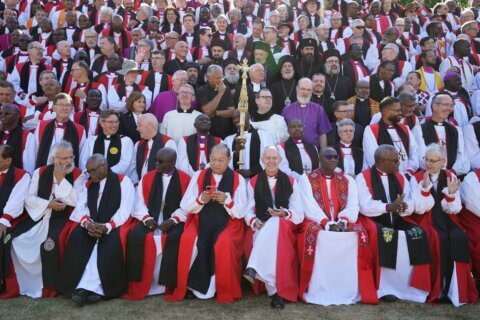 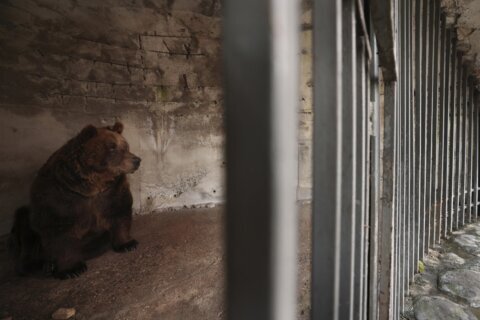