Emery is back in the Premier League to prove Arsenal wrong

MANCHESTER, England (AP) — With Unai Emery in charge, Aston Villa is more likely to return to European competition than the second-division Championship.

That’s the level at which the Spaniard operates.

And with nine major trophies to his name — won with Sevilla, Paris Saint-Germain and Villarreal — Villa might also be dreaming about silverware after appointing him manager.

Emery has been a proven winner virtually everywhere he has gone and Villa will hope his particular niche of guiding unfashionable clubs to success can continue, first against Manchester United on Sunday.

But Emery’s last experience in the Premier League is why his return to England is laced with an element of doubt. His time at Arsenal lasted only 18 months, with fans turned off by the dour soccer and the club’s hierarchy unconvinced he could lead the team into the bright new era it had envisioned after nearly two decades under Arsene Wenger.

Three years later, his departure is hardly being lamented in north London, with Arsenal leading the way at the top of the Premier League under Emery’s successor, Mikel Arteta, and playing its best soccer since its last title in 2004 ahead of a trip to Chelsea on Sunday.

Emery’s subsequent achievements at Villarreal have amply rebuilt his reputation — if a rebuild was even required. After all, he guided Arsenal to a fifth-place finish in his one full season in charge, two points behind third-place Chelsea.

His team also reached the Europa League final — losing to Chelsea — and therefore missing out on qualification for the Champions League.

To put that into context, Arteta has yet to record a higher point total than the 70 amassed by Emery that season — or finish higher than fifth. Arteta did, however, win the FA Cup in 2020.

Crucially, Arteta has the team playing a brand of soccer more akin to Wenger’s better periods and restored a sense of optimism among supporters, but only after surviving repeated flirtations with crisis when it appeared as though his position was in serious jeopardy.

Had Arsenal shown the same commitment to Emery, he might also have turned things around.

His achievements in the Europa League are nothing short of remarkable — winning it three straight times with Sevilla from 2014-16 and then again with Villarreal two years ago.

In between came the loss in the final with Arsenal.

Last season, Emery led Villarreal to the semifinals of the Champions League, losing to Liverpool.

Meanwhile, he was a French title winner with PSG.

Emery has proven himself to be one of the elite coaches in Europe, yet he still wasn’t the automatic choice for Villa, with Mauricio Pochettino also linked with the job. And he returns to England with a sense that he has something to prove to an uncertain audience.

His previous spell in the Premier League wasn’t helped by the language barrier. Emery’s news conferences were often grim affairs.

While that should have little to do with what is happening on the field, it is an arena managers can exploit to buy time. It is an opportunity to communicate with fans, which more charismatic figures like Jose Mourinho and Jurgen Klopp have used to their advantage.

Emery’s lack of fluent English did not help his cause when results went against him. His own lack of spark when in front of the media fed into a belief that he could not inspire his players.

Will Emery return to England a changed man? Is change even required?

His processes and practices work. They have delivered a consistent flow of trophies spanning the best part of a decade.

For Villa, he is a no-brainer. It’s just a wonder it took so long for another English club to tempt him back. 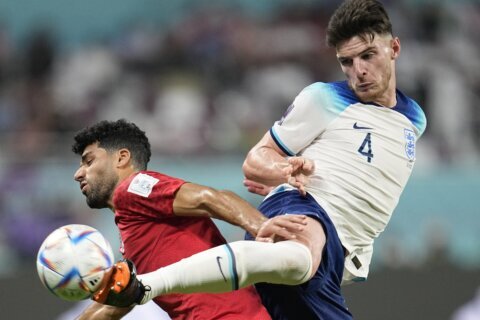