LIVERPOOL, England (AP) — China won its 12th world men’s gymnastics championship on Wednesday, putting together six solid if not always spectacular rotations to cruise to victory over rival Japan in a meet that felt like a battle of attrition.

The Chinese posted a total of 257.858 points, more than four points clear of the Japanese. Host Britain overcame an error-filled set on the pommel horse to earn bronze.

All three teams earned an automatic berth into the 2024 Paris Olympics by finishing on the podium in a meet in which only the Chinese seemed to be able to avoid fall-laden performances.

Italy was fourth, followed by the United States, which found itself in last place after a shaky performance on pommel horse during the first rotation and never fully recovered.

“We put ourselves in a hole from the first event (pommel horse), and basically had to claw our way back,” U.S. men’s high-performance director Brett McClure said. “By the last event (floor) we were still in the mix, surprisingly, but we just couldn’t put it together. So it’s back to the gym, and back to work.”

China was a middling fourth during qualifying, but as is often the program’s custom, looked far more polished during the finals. China had the top score in the three up/three count format on five of the six events.

“In the qualifications we were not at our best because of the time difference or some other reasons,” Chinese star Zhang Boheng said. “Then we just adjusted ourselves and tried our best in the finals.”

Russia, the reigning Olympic champion, is currently banned from competing at FIG and European Gymnastics federation-hosted events due to the war in Ukraine. 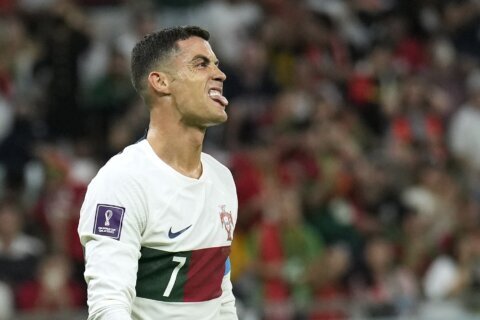