SKOPJE, North Macedonia (AP) — North Macedonia’s state broadcaster MRT announced Friday that the country will not participate in next year’s Eurovision Song Contest in the English port city of Liverpool to save money on electricity bills.

“The decision is in the best interest of the public, given the increased costs due to the energy crisis, which take up a large part of the budget for public services,” the broadcaster said in a message posted on its website.

It said the savings would come from not paying the registration fee which was expected to be higher than the 39,143 euros ($38,100) charged last year.

It was the first time North Macedonia will not take part in the televised event since its independence from the former Yugoslavia in 1991. The European Broadcasting Union, an association of public broadcasters in Europe, oversees the annual competition. 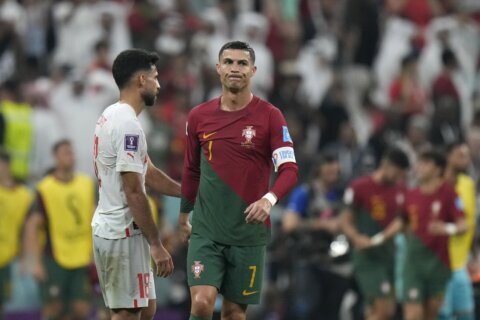