LONDON (AP) — Liverpool manager Jurgen Klopp has avoided a touchline ban for his red card in the 1-0 win over Manchester City in the Premier League this month.

The German coach was sent off for confronting Anthony Taylor after the referee failed to give a foul for a challenge on Liverpool forward Mohamed Salah by City midfielder Bernardo Silva. Klopp later acknowledged he “lost it”.

Klopp was found guilty of improper conduct by an independent panel and handed a fine of 30,000 pounds ($34,700) on Thursday.

The Football Association may choose to appeal that decision once it receives the written reasons from the panel.

Klopp was fined 45,000 pounds (now $52,000) after accepting an FA charge for questioning the integrity of referee Kevin Friend after a 1-1 draw with West Ham.

Four years ago, Klopp was fined 8,000 pounds ($9,260) and warned about his future conduct after running onto the field to celebrate with goalkeeper Alisson Becker after Divock Origi scored a Merseyside derby winner in the sixth minute of stoppage time. 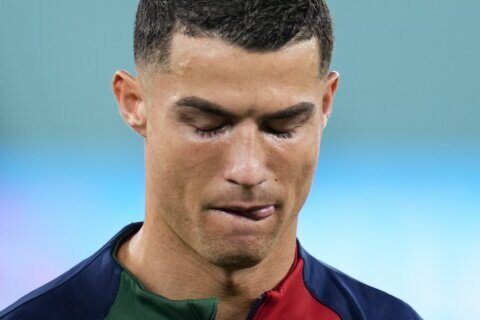