GENEVA (AP) — The acting U.N. human rights chief on Monday urged European Union member states to avoid “backtracking” on their efforts to develop renewables and energy-efficiency projects at a time when soaring energy prices have prompted some to ramp up use of and searches for fossil fuels.

Nada al-Nashif, the acting U.N. high commissioner for human rights, laid out rights concerns about more than 30 countries, regions and territories including Ethiopia, Ukraine, Myanmar and Haiti in an opening speech to the latest session of the Human Rights Council in Geneva.

Beyond expressing concerns about the direct impact of Russia’s war in Ukraine, she noted how the war has dented exports of food and fuel from those two countries – that are major producers of both – forcing EU states, for example, to scramble for more energy sources.

“In the face of soaring energy prices which threaten to impact the most vulnerable as winter approaches, some EU member states are turning to investments in fossil fuels infrastructure and supplies,” al-Nashif said.

While such an impulse was “understandable,” she warned of the long-term consequences of boosting use of fossil fuels that contribute to global warming and called for faster development of energy-efficiency projects and renewables.

“There is no room for backtracking in the face of the ongoing climate crisis,” she said.

In Germany, the EU’s biggest economy, use of carbon-spewing coal rose as a share of the country’s total electricity production in the first half of 2022 compared with a year earlier. The Dutch government this summer issued permits for a joint gas exploration project with Germany.

EU nations have been looking to tap new sources of natural gas to help them wean themselves off supplies from Russia.

Al-Nashif made only passing reference to a report raising concerns about China’s controversial campaign to fight terrorism and extremism in Western Xinjiang that could at times have amounted to “crimes against humanity” against Uyghurs and other minorities. It was released in the waning minutes of the tenure of former rights chief Michelle Bachelet. Beijing lashed out at the report, calling it part of a plot by Western nations to block China’s rise.

Al-Nashif has held the temporary post since the term of former Chilean President Bachelet expired on Aug. 31. Her successor — Austrian diplomat and U.N. veteran Volker Türk — takes over the job in coming days.

The four-week autumn session at the council, which brings together 47 U.N. member states, is expected to take up “country situations” in many places including Afghanistan, Congo, Myanmar, Ukraine and Venezuela. 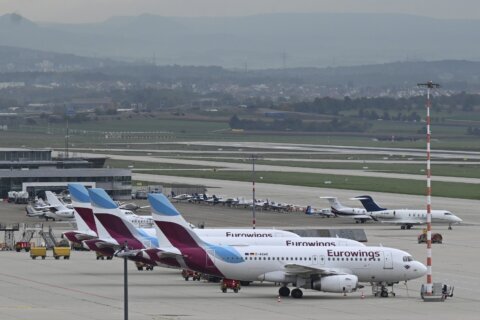