MOSCOW (AP) — Russian President Vladimir Putin on Tuesday blasted what he described as U.S. efforts to preserve its global domination and ordered officials to boost weapons production amid the fighting in Ukraine.

Speaking while receiving credentials from foreign ambassadors to Moscow, Putin said “the objective development toward a multipolar world faces resistance of those who try to preserve their hegemony in global affairs and control everything — Latin America, Europe, Asia and Africa.”

He added that “the hegemon has succeeded in doing so for quite a long time, but it can’t go on forever … regardless of the developments in Ukraine.”

Putin has repeatedly cast his decision to send troops into Ukraine as a response to alleged Western encroachment on Russia’s vital security interests.

The Russian leader described Western sanctions against Russia over its action in Ukraine as part of efforts by the U.S. and its allies to strengthen their positions, but charged that that they have backfired against their organizers and also hurt poor countries.

“As for Russia, we won’t deviate from our sovereign course,” Putin said.

“Our equipment efficiently confronts Western types of weapons,” Putin said. “Practically all of NATO weapons stockpiles have been brought to support the current regime in Kyiv.”

Putin added that Russia should study Western weapons to improve its own arsenals.

“We can and must learn about these arsenals, everything they have, everything they use against us to qualitatively increase our potential and improve our equipment, our weapons where we need to do it,” he noted.

Putin said he has ordered to boost allocations for new weapons, offer more loans to military industries and approve additional payments to their workers to increase weapons output.

“Structures of the military industrial complex must deliver the required weapons and equipment in the shortest time possible,” Putin said. 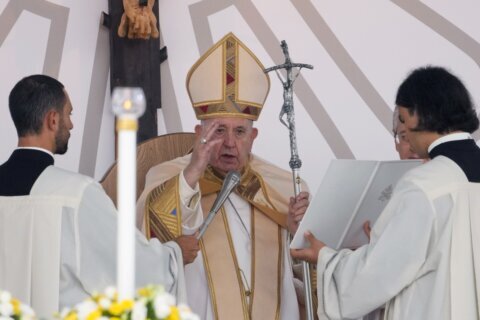 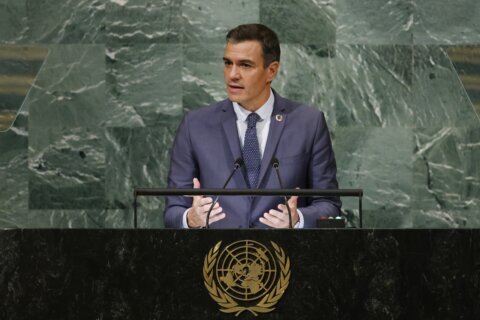