LONDON (AP) — The British pound stabilized Tuesday as U.K. authorities tried to ease investor concerns after the biggest tax cuts in 50 years sent the currency tumbling to a record low and prompted some businesses to predict a devastating combination of a weak currency and rising interest rates.

The turmoil is already having real-world effects, with British mortgage lenders pulling hundreds of offers from the market amid expectations the Bank of England will sharply boost interest rates to offset the inflationary impact of the pound’s recent slide.

The chief economist at the Bank of England acknowledged that policymakers “cannot be indifferent” to the repricing of financial assets seen in the last few days.

Huw Pill said “it is hard not to draw the conclusion that all this will require significant monetary policy response” as the bank seeks to bring inflation that has hit 9.9% — the highest among major economies — to within its 2% target.

“We must be confident in the stability of the U.K.’s economic framework,” he said at the Barclays-CEPR International Monetary Policy Forum.

The pound traded at around $1.07 on Tuesday afternoon after plunging as low as $1.0373 early Monday. The British currency is still down 4% since Friday, when Treasury chief Kwasi Kwarteng announced plans for 45 billion pounds ($49 billion) of unfunded tax cuts. The pound has fallen 20% against the dollar this year.

Kwarteng’s announcement, which comes at the same time the government plans to borrow billions to help shield homes and businesses from soaring energy prices, sparked concerns that the new government’s policies would swell government debt and further fuel inflation.

Late Monday, the central bank said it was “closely monitoring’’ financial markets and was prepared to boost interest rates “as much as needed” to curb consumer prices. The bank’s Monetary Policy Committee isn’t scheduled to meet until Nov. 3.

“There is no rate increase today and speculators will enjoy the prospect of two months of Bank of England inactivity if the statement is taken at face value,” said Alastair George, chief investment strategist at Edison Group.

The U.K. Treasury also sought to reassure investors, saying it would set out a more detailed fiscal plan and independent analysis from the Office for Budget Responsibility on Nov. 23.

“I’m confident that with our growth plan and the upcoming medium-term fiscal plan — with close cooperation with the bank — our approach will work,” Kwarteng said in talks with investors Tuesday following the “mini-budget″ he detailed last week.

That did little to quiet criticism of the government’s policies. Businesses sought, meanwhile, to assess how they would deal with the sudden change.

Shai Weiss, chief executive of Virgin Atlantic, urged new Prime Minister Liz Truss to make the “difficult decision” of trying to boost the currency’s value. Some economists warn that the pound could reach parity with the dollar later this year for the first time.

“Sometimes all of us in this room should be humble enough to say, ‘If I did something that is not working, maybe I should reverse course,’” Weiss said at a news conference in London.

Weiss added that the weakened pound is “hurting the economy, and it’s hurting consumers because it’s actually fulfilling or fueling the inflation vicious cycle that we’re in.”

Wine traders are among many British businesses hit by the tumbling pound. A fifth of all bulk wine imported to the U.K. comes from the United States, according to the Wine and Spirit Trade Association. The dollar also has strengthened against many currencies as investors seek stability.

“The sterling crash is set to raise prices for consumers and threaten hundreds of British jobs in bottling plants across the UK,” said Milles Beale, the group’s chief executive.

Kwarteng and Truss, who replaced Boris Johnson as prime minister on Sept. 6, are betting that lower taxes and reduced bureaucracy eventually will generate enough additional revenue to pay for the tax cuts announced Friday. But many economists say it is unlikely the gamble will pay off.

Torsten Bell, who heads the Resolution Foundation, a think tank focused on improving living standards, said the markets were looking at the government’s plans “and saying that is not what serious policymaking looks like.”

Market reaction to Friday’s announcement will hurt consumers by fueling inflation in the short term, leading to higher mortgage payments in the medium term, and boosting government borrowing in the long term, the foundation said Monday.

“The world we are heading for is a bumpy few weeks,” Bell told Sky News. Kwarteng “is now going to have quite a tough time because he has now set out plans to balance the books in November. That is going to be very hard.” 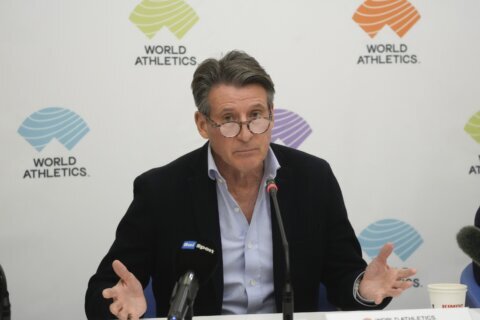 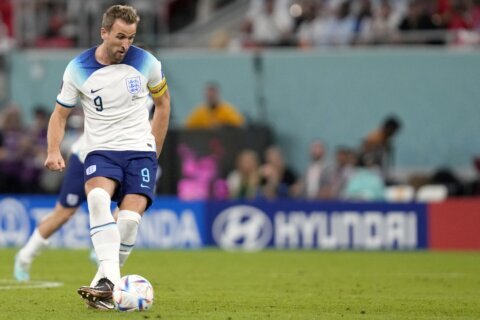