ABOARD THE PAPAL PLANE (AP) — Pope Francis is studying a possible visit to Bahrain in November and said Thursday he is looking to reschedule his trip to South Sudan and Congo for February.

Francis told reporters en route home from Kazakhstan that his strained knee ligaments still hadn’t healed and that travelling was “difficult.” But the 85-year-old pontiff said he would undertake a next trip — a reference to a three-day visit to Bahrain in early November that is currently under study by the Vatican, spokesman Matteo Bruni said.

Francis had to cancel a planned July trip to South Sudan and Congo after his doctors said he needed more time to undergo therapy on his right knee. Francis has been using a wheelchair and cane for months since he strained the ligaments, and he was in visible pain during the three-day trip to Kazakhstan to participate in an interfaith conference.

Francis has declined to undergo surgery, saying he had a bad reaction to anesthesia when he had a chunk of his large intestine removed in July 2021.

The South Sudan leg of the Africa trip was supposed to have included the Archbishop of Canterbury as well as the moderator for the Church of Scotland. Francis said Thursday he had recently spoken with Archbishop Justin Welby “and we saw a possibility of going to South Sudan in February. And if I go to South Sudan, I’d go to Congo.”

Other papal trips expected in 2023 are closing out World Youth Day, scheduled for August in Lisbon, Portugal. 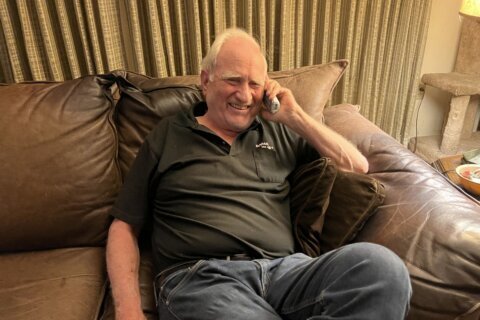