TIRANA, Albania (AP) — Albania’s Interior Ministry said Saturday that one of its border systems was hit by a cyberattack that came from the same Iranian source as an earlier attack that led the country to break diplomatic relations with Iran.

It said in a statement that the previous evening an Albanian police transmitting system was found to be “under a cyberattack similar to the one that (government portal) e-Albania suffered in July.”

“Preliminary results show the attack was committed by the same hand,” the statement said, adding that authorities temporarily closed down all the systems, including the Total Information Management System (TIMS), which records entries and exits at the border crossing. Local media reported long queues in at least two border crossings in the south.

Albania, a NATO member, cut diplomatic ties with Iran and expelled its embassy staff this week. It was the first known case of a country cutting diplomatic relations over a cyberattack.

“Another cyberattack from the same aggressors already exposed and denounced by Albania’s allies and friendly countries, was seen last evening on the TIMS system,” Prime Minister Edi Rama tweeted on Saturday, adding that officials are coordinating defensive work with allies.

Microsoft, the FBI and other cyber experts helped Albania following the July attack. Microsoft said in a blog post Thursday that it was moderately confident the hackers belong to a group that has been publicly linked to Iran’s Ministry of Intelligence and Security.

The U.S. government on Friday imposed sanctions on Iran’s intelligence agency and its leadership in response to the attack on Albania. NATO and the European Union also denounced the attack and supported Albania’s move. 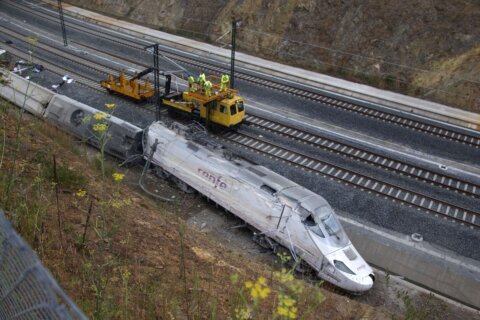