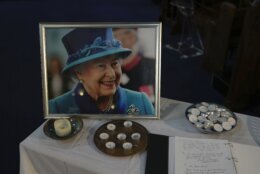 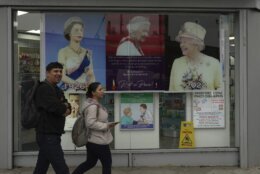 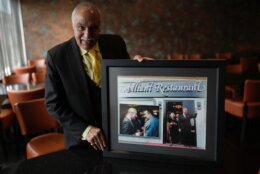 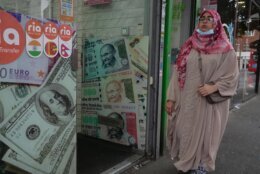 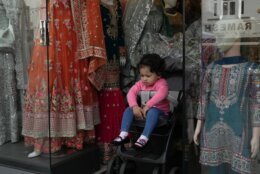 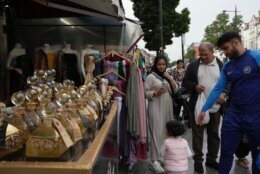 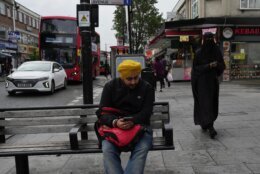 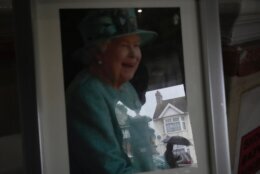 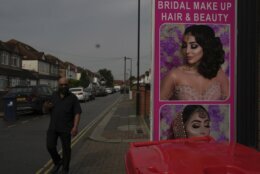 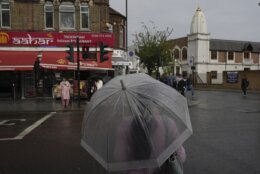 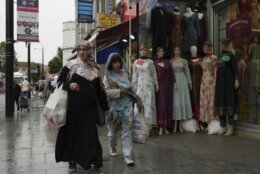 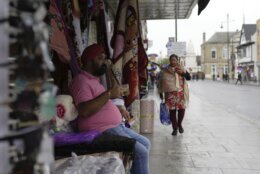 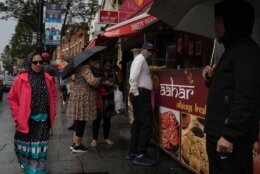 LONDON (AP) — In a church in a West London district known locally as Little India, a book of condolence for Queen Elizabeth II lies open. Five days after the monarch’s passing, few have signed their names.

The congregation of 300 is made up largely of the South Asian diaspora, like the majority of the estimated 70,000 people living in the district of Southall, a community tucked away in London’s outer reaches and built on waves of migration that span 100 years.

First came the Welsh coal miners, then the Irish. Then, after World War II’s devastation, an influx of Afro-Caribbeans and Indians settled in Southall. The latter remained for decades: Heeding calls from the monarchy to former colonies to help plug widespread labor shortages, they carried vouchers that secured their passage. In doing so, they helped steer Britain away from economic ruin.

Now, for some in Southall, the queen’s death has re-opened the old wounds of a complicated history.

The district ‘s experiences mirror those in other London diaspora communities with colonial pasts. An older generation maintains a deep respect for the late monarch and the opportunity to prosper in Britain. But young people are unsure; they struggle to reconcile their identity as Brits with the brutal colonialism that upended the lives of their forebears. They demand a reckoning with the past.

Then there are the ambivalent — families hit hard by COVID-19, Britain’s energy crisis and inflation following Brexit. They express respect for the late queen but struggle to see the relevance of royalty in their daily toil.

“What’s the monarchy got to do with us?” Ranjit Singh, 45, said outside a butcher shop where he has worked for 10 years. “There was a queen, she is dead, another one will take her place. What more is there to say?”

In recent years, Southall has welcomed an assortment of comers — conflict-zone refugees, Bangladeshis and Sri Lankans seeking opportunity, and scores of asylum-seekers living clandestinely as they await the all-important paperwork that can legalize their presence. Almost 76% of the community hails from South Asia.

Grand Sikh temples stand meters from mosques and Hindu mandirs. Gurmukhi, the Sikh script, is paired alongside English on storefronts. The main drag, The Broadway, is reminiscent of India’s busy markets with dazzling textiles and sizzling street food. English is seldom heard on the street, and some merchants cannot speak the language at all.

Yet Southall has a couple of distinct royal connections — about which most here are unaware.

The mother of Catherine Middleton, the new Princess of Wales, was raised in Southall. It is also home to what restaurateur Gulu Anand insists is King Charles III’s favorite Indian eatery.

Anand arrived from Kenya in the 1970s and opened the restaurant Brilliant in Southall. Charles first visited in 1981, after Anand sent many invitations. The future king would return two more times in 2007 and 2014, Anand says. Photos of Charles hang on the restaurant’s walls.

When the queen died, the businessman was devastated. “I am as British as you can get,” he said.

Not everyone feels the same way. That’s what the Rev. Mark Poulson told his congregation during Sunday’s sermon at his Southall church, St. John’s. “It’s important that we recognize that,” he told the largely immigrant following.

Still, Poulson said Southall’s Christians hold the queen in high regard, with many coming from countries where they did not enjoy the same freedom to worship.

There are only two obvious markers of the queen’s passing in Southall: a poster outside the pharmacy, and a British flag flying half-staff in the town hall building.

The flag was Janpal Basran’s doing. The head of the Southall Community Alliance noticed more than two days after Elizabeth’s death that the flag had not been lowered. He made urgent calls, concerned that the community would be perceived as disrespectful.

Basran spends his days catering to local needs — including many people who live close to the poverty line and are struggling. Does the queen’s death impact their lives? “The reality of those people is yes, it does,” Basran said. “But depending on where you are, the length of your mourning will vary.”

Southall’s early South Asian immigrants left the subcontinent within a decade of Partition in 1947, arriving in London to work in factory assembly lines and as custodial crews at Heathrow Airport. Wages were low and hours long. Laborers coming from northern India in particular had lost land and savings through the mass dislocation that accompanied Partition. Among them was Basran’s father, who arrived in 1964.

Businesses opened to respond to the local needs of the diaspora community and grew. More migrants made their way to Southall, and white residents responded with hostility.

Racial tensions rose in the 1970s, with violent riots and incidents of maiming and killing of South Asians and African Caribbeans. Anti-immigration sentiments also fueled the inflammatory rhetoric of the National Front Party, a fascist political party. In 1970, race riots engulfed the area.

This turbulent history, paired with the recent advent of social movements like Black Lives Matter, has led to an awakening among younger people seeking to dissect colonial legacies. Their relationship with the monarchy — in particular the notion of empire and the deeds of Elizabeth’s forefathers — is strained.

“It’s tough,” said Narvir Singh, an artist whose grandfather was among the first wave of Punjabi migrants to Southall, “It’s a day-to-day struggle … as a person who exists as a consequence of so many upsetting horrible events.”

Singh’s work has dissected the history of the 1970s Southall race riots. The presence of the monarchy in his life is reducible to a few objects: pocket money bearing the queen’s profile and the flag.

“I am neither celebrating nor commiserating,” he said of the queen’s death. “It’s just one of those things, the forces of change.”

Pru Miah, 46, a former counselor in East London, said that “most people are respectful that the queen died, because we are taught to be respectful of our elders.” He said he was not taught about the brutalities of the British Empire growing up attending public schools in London. A university course later opened his eyes.

“There is a collective amnesia about what happened, and there is no public narrative about it,” he said. “The queen was a symbolic representation of that system.”

Ismail Lea South was once an anti-monarchist. His grandparents arrived in England as part of the influx of people from Caribbean countries between 1948 to 1971.

South grew to resent the royal family as inequalities he witnessed on the streets of London contrasted sharply with the lavish lives of the royals. That changed when he left his banking job to become a youth worker helping prison inmates, gang members, drug users and former extremists get their lives back on track. It was The Prince’s Trust, founded by Charles, that provided the best service for his cases, he said.

“This helped me re-evaluate my views,” South said.

Mohammed Osman, a Southall cafe owner of Somali descent, takes a pragmatic approach to the events unfolding around him. He is less interested in the colonial past and more focused on how the newly minted King Charles III plans to help him recover from his economic woes.

Samya Kullab, Iraq correspondent for The Associated Press, is on assignment in London covering the death of Queen Elizabeth II. Follow her on Twitter at http://twitter.com/samya_kullab

Next year’s Met Gala will celebrate the late Karl Lagerfeld