LONDON (AP) — Prince Andrew will be the subject of a satirical TV musical in the latest season of shows from U.K. broadcaster Channel 4.

Queen Elizabeth II’s second son stood down from royal duties after a disastrous interview in November 2019 discussing his ties with the late child sex offender Jeffrey Epstein in a special BBC Newsnight program.

Channel 4 said the interview, widely regarded as a public relations catastrophe for the Duke of York, will be “reimagined” as part of the musical. Critics tore into the prince for appearing to show no empathy for the abused victims of Epstein, who killed himself in prison in August 2019.

Comedian Kieran Hodgson is to lead a cast of comics in “Prince Andrew: The Musical,” a 60-minute program described as a “satirical send-up of the life and times” of the duke set to a musical score.

The show is part of a 40-year anniversary season of shows called “Truth or Dare” for Britain’s fourth TV broadcaster, which launched in 1982. It has not yet been announced exactly when it will air.

Andrew has been in U.K. headlines for years due to his marriage and divorce with Sarah “Fergie” Ferguson.

But he has tried to stay out of the public spotlight after reaching a multimillion-pound settlement last year with a woman who filed a U.S. lawsuit accusing him of sexual assault when she was 17. Andrew was stripped of his honorary military titles in January and told he can no longer use the title “his royal highness.”

This version corrects the spelling of “Jeffrey.”

Follow all AP stories on British royalty at https://apnews.com/hub/ queen-elizabeth-ii. 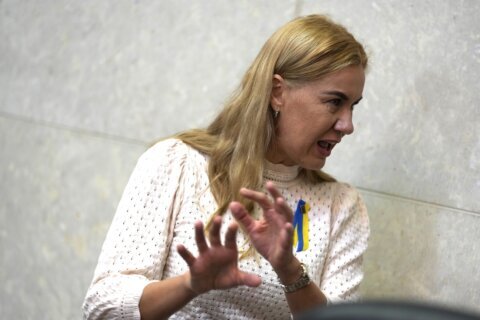