WARSAW, Poland (AP) — The Polish foreign ministry on Thursday summoned the Belarusian charge d’affaires to express its concerns after a journalist who had worked for Polish media was sentenced to five years in prison by a court in Belarus.

Ministry spokesman Lukasz Jasina said that Poland’s concerns over the treatment of journalists and the Polish minority in Belarus were raised at the meeting.

The journalist, Iryna Slaunikava, was sentenced on Wednesday. Her arrest last year came amid a larger crackdown on independent media following mass protests against a disputed 2020 election. The country’s election commission gave a sixth term to President Alexander Lukashenko in a vote widely viewed as rigged.

The Committee to Protect Journalists called the conviction of Slaunikava “another example of the deeply cynical and vindictive nature of the Belarusian government.”

Sviatlana Tsikhanouskaya, the Belarusian opposition leader, tweeted on Wednesday that she felt “both sad & angry” at the sentencing.

“We must do everything to support our independent journalists who risk all to report the truth,” said Tsikhanouskaya, who lives outside of Belarus.

Slaunikava had worked in the past for Belsat, a Polish state-funded station that broadcasts news into Belarus.

She was found guilty of “organizing or participating in gross violations of public order” and “creating an extremist group,” according to the Committee to Protect Journalists, citing media reports and human rights officials.

The Polish minority in Belarus, which is represented by a union independent of the Minsk government, has also been a target of repression under Lukashenko, exacerbating tensions between the neighbors. 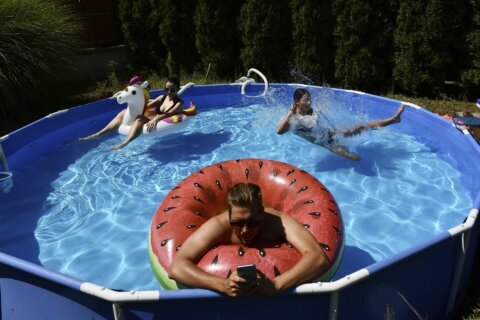