Official: 25,000 asylum-seekers kept out of Greece in August

ATHENS, Greece (AP) — Greek authorities have prevented some 25,000 people from entering the country illegally in less than a month, a government official said Wednesday, accusing neighbor and regional rival Turkey of channeling asylum-seekers toward Greece.

That figure is more than three times the total number of asylum-seekers who have made it into Greece in the entire year to date, according to data from the United Nations refugee agency, UNHCR.

Takis Theodorikakos, Greece’s minister for public order, said the pressure at the land and sea borders with Turkey “is developing into a very particular threat to Greece’s integrity and security.”

“During the month of August alone so far, 25,000 irregular migrants have tried to illegally enter through the Greek-Turkish borders,” Theodorikakos said in an interview with private Antenna TV. “It’s a very large number.”

Theodorikakos didn’t expand on how Greece stopped the entries, or provide figures for previous months. Turkish officials, and international human rights groups, have repeatedly accused Greece of illegally returning asylum-seekers who make it onto Greek territory without allowing them to make their asylum bids. Athens has denied that.

Theodorikakos spoke a day after the government decided to extend a fence along the land border with Turkey to deal with increased immigration flows.

“It’s obvious that the Turkish side is making use of these unhappy people in a systematic, methodical and complex way,” Theodorikakos said Wednesday.

He added that many of the migrants heading to Greece are Syrians and claimed that they “are forced (to try to enter Greece) as they appear to be presented with a dilemma by Turkish authorities — either to return to Syria or to move on to Greece.”

Relations between Greece and Turkey are tense over immigration and undersea energy exploration rights.

Thousands of people from the Middle East, Asia and Africa seeking a better life in the European Union head to Greece from Turkey — which is host to about 4 million refugees — every year. Most then try to move on to Europe’s more prosperous heartland.

According to the UNHCR, nearly 8,000 people have reached Greece so far this year. Most set off from Turkey.

2 migrants struck and killed by train in eastern Serbia 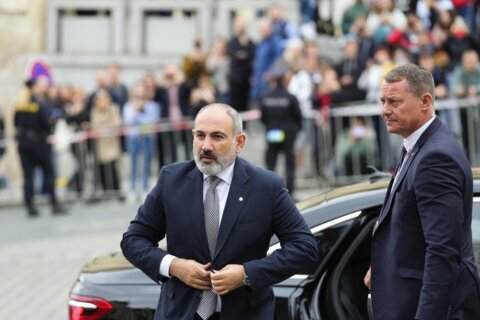 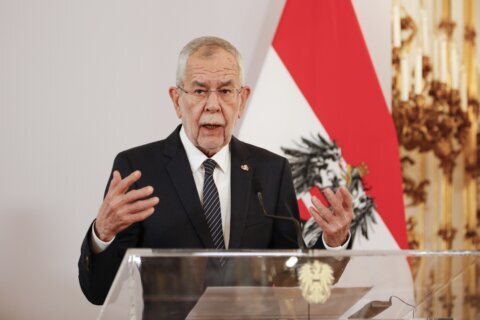 Austria’s president likely to be re-elected as ‘safe’ choice