MOSCOW (AP) — The Kremlin said Tuesday that it’s ready for talks with the United States on nuclear arms control even as Moscow and Washington have remained locked in a tense standoff over Russia’s actions in Ukraine.

Commenting on U.S. President Joe Biden’s statement that Washington is open for talks on a new arms control deal to replace the New START treaty after it expires in 2026, Kremlin spokesman Dmitry Peskov said that such negotiations are long overdue.

Just days before the New START was due to expire in February 2021, Russia and the United States agreed to extend it for another five years.

The treaty, signed in 2010 by President Barack Obama and Russian President Dmitry Medvedev, limits each country to no more than 1,550 deployed nuclear warheads and 700 deployed missiles and bombers, and envisages sweeping on-site inspections to verify compliance.

Moscow and Washington hadn’t started discussions about the pact’s possible replacement until the Kremlin sent troops into Ukraine on Feb. 24.

While voicing readiness to “expeditiously negotiate a new arms control framework to replace New START when it expires in 2026,” Biden emphasized in Monday’s statement that “Russia’s brutal and unprovoked aggression in Ukraine has shattered peace in Europe and constitutes an attack on fundamental tenets of international order.”

“In this context, Russia should demonstrate that it is ready to resume work on nuclear arms control with the United States,” he added.

Asked about Biden’s statement in a conference call with reporters, Peskov emphasized that “Moscow has repeatedly spoken about the necessity to start such talks as soon as possible as there is little time left.”

“If the treaty expires without being replaced with a solid deal, it will negatively impact global security and stability, primarily in the area of arms control,” Peskov noted. “We have called for an early launch of talks, but until that moment it has been the U.S. that has shown no interest in substantive contacts on the issue.”

He emphasized that negotiatons on a new arms control pact can only be held “on the basis of mutual respect and taking into account mutual concerns.” 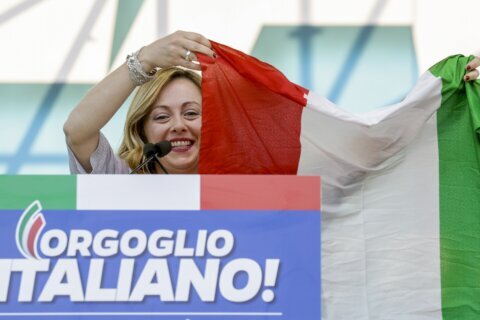