BUDAPEST, Hungary (AP) — An elaborate fireworks display took place Saturday under calm skies in Hungary’s capital after a postponement of the show last weekend caused controversy when it led to the firing of the country’s top meteorologists over their weather predictions.

Saturday’s event, a rescheduling of the display planned for Hungary’s national holiday a week earlier, drew tens of thousands to the Danube River in Budapest in what was billed as Europe’s largest fireworks show.

On Monday, the two top officials at Hungary’s National Meteorological Service were fired after the government committee managing holiday events postponed the show based on the weather service’s prediction of a high probability of heavy rain that evening.

While storms did strike other areas of Hungary that night, they did not hit the capital. Weather service chief Kornelia Radics, who had served since 2013, and her deputy Gyula Horvath, who has served since 2016, lost their jobs.

Gabor Valter Tolczli, a spectator at Saturday’s fireworks show, said “I was surprised that the fireworks were postponed a week ago because there was no storm then. But today I don’t mind the postponement, because there are fewer crowds.”

He added, however, that he was “outraged that the meteorologists were fired, because you can never predict the weather 100%.”

Academics and scientists in Hungary have long complained of pressure being exerted on independent scientific bodies and Orban’s government has been accused of corruption, nepotism and anti-democratic tendencies.

This has led to clashes with the European Union, which has withheld billions in pandemic recovery funds from Hungary over what the bloc sees as deficiencies in the Hungarian government’s adherence to basic values and the rule of law.

Hungary’s government says the firings were related to the Aug. 20 forecast but that the minister overseeing the weather service had previously been dissatisfied with its performance. In a news conference Tuesday, Orban’s chief of staff, Gergely Gulyas, said the service’s assessment of a high probability of extreme weather — which never came — was “the last straw.”

On Wednesday, Hungary’s government appointed Laszlo Hanyecz, the weather service’s vice president for economic affairs, as its interim head. Of 19 leading officials at the agency, Hanyecz, who is not a meteorologist, was one of only two not to sign a letter demanding the reinstatement of the fired weather chiefs.

Climate Without Borders, an international network of weather presenters, released a letter signed by 76 members from 48 countries expressing solidarity with the fired forecasters.

“As forecasters, our first mission is to protect life and property. When Hungarian meteorologists saw danger in the forecast, they did what any of us would do — warned of the risk to life,” the letter read, condemning the firings.

Balazs Kaufmann contributed to this story. 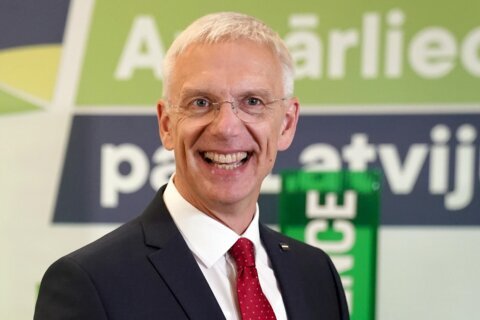