ATHENS, Greece (AP) — Greece’s prime minister on Friday defended the workings of the country’s intelligence service in the face of a wiretapping scandal, saying its operation is essential to the country’s security despite what he described as the misstep of tapping an opposition politician’s phone.

Speaking during a parliamentary debate on the wiretapping of politicians and journalists, Prime Minister Kyriakos Mitsotakis said “nothing must bring into question this valuable operational branch of the state. It is a national branch, it must not paralyze for a second. Something like that would be disastrous.”

Parliament returned early from its summer break for the debate, called by the main opposition SYRIZA party after revelations that Nikos Androulakis, a European Parliament member and head of Greece’s third-largest political party, was put under surveillance for three months last year when he was running for his PASOK party’s leadership. A financial journalist also was under surveillance.

Mitsotakis, who faces reelection next year, has insisted he was unaware of what he has called the legal wiretapping of Androulakis but said he would not have approved the move had he known about it. Greece’s National Intelligence Service reports directly to the prime minister’s office.

“When I was informed of it, I didn’t hesitate to admit that it was wrong,” Mitsotakis said during his opening parliamentary speech Friday. He has not revealed the reasons for Androulakis being under surveillance, citing national security concerns, but insisted the wiretap was legal and called on Androulakis to take the issue to Greek or European courts if he disagreed.

SYRIZA leader Alexis Tsipras slammed Mitsotakis’ handling of the issue and accused him of criminal behavior in bugging an opposition politician’s phone without citing a reason. Tsipras called on the prime minister to resign.

“The surveillance of telephone conversations, Mr Mitsotakis, … is not just a political mistake. It is a criminal act,” he said.

“You are legally, politically but primarily morally obliged … to answer a crucial question: Why you were surveilling the European MP and then-candidate and now head of the third largest party in Greece,” Tsipras said.

“Give an answer. You are obliged to give an answer. What was this national reason?” Tsipras questioned. “Is Mr. Androulakis an agent of foreign interests, Mr. Mitsotakis? … Is he a spy of foreign forces? Is he dangerous to our national interests?”

The scandal has already led to the resignation of the head of the National Intelligence Service, Panagiotis Kontoleon, and the general secretary of the prime minister’s office, Grigoris Dimitriadis.

In April, Greek financial journalist Thanassis Koukakis said he was notified by digital rights group Citizen Lab that his phone had been the target of surveillance by Predator software from July to September 2021.

The government insists it has not used Predator, but has admitted Androulakis’ phone was separately under surveillance by the intelligence service.

Mitsotakis noted that the workings of the intelligence services were secret by necessity and implied others — whom he did not identify — could have been behind the spyware hacking attempts.

“We must know that secret services by definition operate at all times on a thin line. The nature of these structures harbors dangers,” the prime minister said. “The necessary secrecy can, yes, lead to arbitrariness, but also the dizzying development of technology now transfers the capabilities of surveillance to other centers.”

Androulakis filed a complaint with prosecutors at Greece’s Supreme Court on July 26 over the Predator spyware, and has demanded to know the reasons for the intelligence service’s surveillance of his phone.

Mitsotakis has said the government will propose changes to how the National Intelligence Service operates, including increasing its accountability and parliamentary supervision, and making internal changes to bolster transparency, personnel training and internal controls. 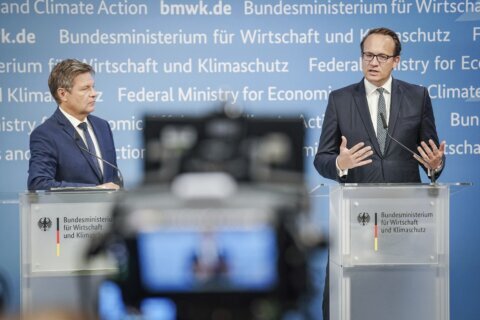 German energy company RWE to end coal use by 2030 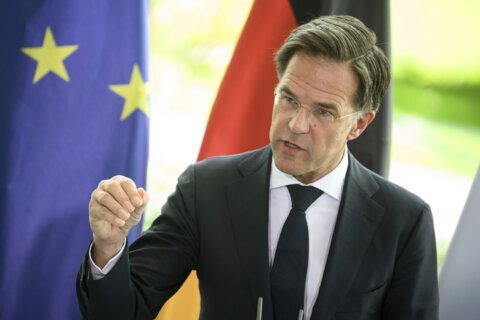 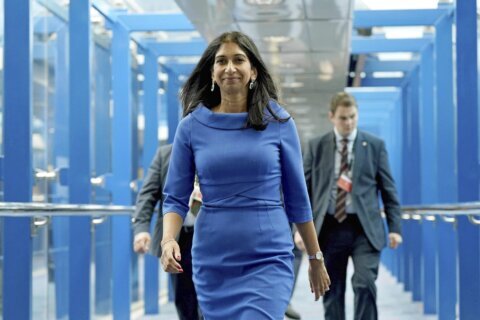