LONDON (AP) — Britain’s record-breaking heatwave has spurred calls for the government to speed up efforts to adapt to a changing climate, especially after wildfires created the busiest day for London firefighters since bombs rained down on the city during World War II.

The country got a break Wednesday from the dry, hot weather that is gripping much of Europe as cooler air moved in from the west. Forecasters predict London will reach a high of 26 degrees Celsius (79 Fahrenheit) on Wednesday, down from the national record 40.3 C (104.4 F) set Tuesday at Coningsby in eastern England.

Even so, travel was disrupted for a third day as rail operators repaired damage caused by the heat, and firefighters continue to mop up hotspots at the scene of Tuesday’s fires.

Britain needs to prepare for similar heatwaves in the future because manmade carbon emissions have already changed the climate, said Professor Stephen Belcher, chief scientist at the Met Office, the U.K.’s national weather service. Only aggressive emissions reductions will reduce the frequency of such events, he said.

“Everything is still to play for, but we should adapt to the kind of events we saw yesterday as an occasional extreme event,” Baker told the BBC.

Climate scientists have been surprised by the speed at which temperatures in Britain have risen in recent years and the widespread area affected by this week’s event. Thirty-four locations around the U.K. on Tuesday broke the country’s previous record-high temperature of 37.8 C (100 F), set in 2019.

The weather walloped a country where few homes, schools or small businesses have air conditioning and infrastructure such as railroads, highways and airports aren’t designed to cope with such temperatures. Thirteen people, including seven teenage boys, are believed to have died trying to cool off after getting into difficulty in rivers, reservoirs and lakes.

One of the biggest fires was in Wennington, a village on the eastern outskirts of London, where a row of houses was destroyed by flames that raced through tinder-dry fields nearby. Resident Tim Stock said he and his wife fled after the house next door caught fire and the blaze rapidly spread.

“It was like a war zone,” he said. “Down the actual main road, all the windows had exploded out, all the roofs had caved, it was like a scene from the Blitz.”

The London Fire Brigade received 2,600 calls Tuesday, compared with the normal figure of about 350, Mayor Sadiq Khan said, adding that it was the department’s busiest day since the World War II. Despite lower temperatures on Wednesday, the fire danger remains high because hot, dry weather has parched grasslands around the city, Khan said.

“Once it catches fire it spreads incredibly fast, like wildfires like you see in movies or in fires in California or in parts of France,” Khan told the BBC.

Phil Gerigan, leader of the National Fire Chiefs Council’s resilience group, said wildfires are an emerging threat tied to climate change that is stretching the capacity of fire departments. Britain may need to expand its capacity to fight wildfires, adding more aerial tankers and helicopters, he told the BBC.

“As we look towards the future, it’s certainly something that the U.K. government and fire and rescue services need to consider,” he said. “Have we got the capability, the assets, to be able to meet what is a significantly emerging demand?”

Wildfires continue to spread destruction in other parts of Europe. Nearly 500 firefighters struggled to contain a large wildfire that threatened hillside suburbs outside Athens for a second day as fires burned across a southern swath of the continent.

A respite from the severe heat helped improve conditions in France, Spain and Portugal, countries that have battled blazes for days.

Britain’s travel network also suffered during the hot weather, with Luton Airport briefly shut down by a heat-damaged runway and trains forced to run at reduced speeds because of concerns the heat would warp rails or interrupt power supplies.

Some disruptions remained Wednesday as crews worked to repair power lines and signaling equipment damaged by fire. Passengers were advised to check before traveling and only travel when necessary.

Among those struggling was Lee Ball, 46, who was trying to travel with his wife, Libby, and 10-year-old daughter, Amelie, from Worcestershire to London to get to Brussels for an Ed Sheeran concert. Their train was cancelled with less than 30 minutes notice, so they drove to another station — and waited.

Communication from the train companies has been “appalling,” he said. 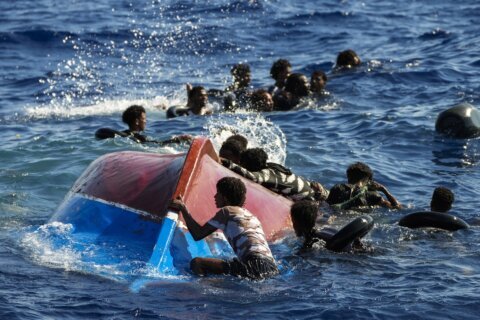 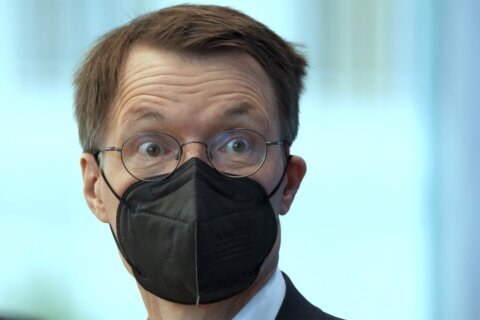