LJUBLJANA, Slovenia (AP) — Slovenian police said Wednesday they have detained a Syrian man for illegally transporting 17 migrants, as the country’s foreign minister said the country planned to start dismantling a razor wire on the border with Croatia will start soon.

Police on Tuesday stopped a van with Austrian license plates on a highway in the northeast. The driver was detained while the migrants — mainly from Afghanistan and Iran — have been moved to an asylum center.

Slovenia has reported a rise in migrant crossings compared to the previous year. Migrants come to Slovenia from Croatia via the Balkan route in hopes of reaching Western Europe.

After taking office following elections in April, Slovenia’s new, liberal government announced plans to remove the Croatia border wire that was erected after more than 1 million people entered Europe in 2015.

Slovenian Foreign Minister Tanja Fajon said Wednesday in Budapest, Hungary, that it will be a “gradual process.” Fajon described the move as a “humane act, so that people who come here will not have accidents and misfortunes.”

“However, we will continue to provide protection and security along this section of the border,” Fajon said following a meeting with foreign ministers from Austria, Hungary, Slovakia and the Czech Republic

Officials previously have said the border will be monitored also by drones in the future. 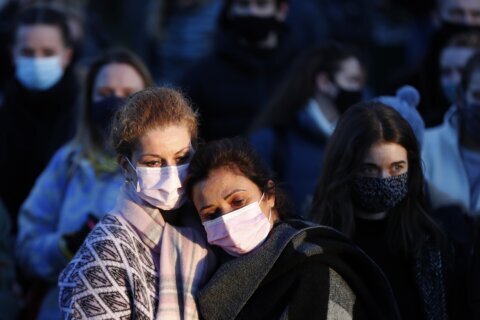