BERLIN (AP) — Officials from 40 countries met Monday in Berlin to discuss how to stay focused on fighting the increasing impacts of climate change while the world reels from the economic fallout of the pandemic and Russia’s invasion of Ukraine. The U.N. secretary general admonished countries to take action instead of playing a “blame game.”

European nations vowed to fulfill their climate targets even as the war in Ukraine prompts some to seek new fossil fuel sources and turn at least temporarily to coal to make up for shortfalls in Russian energy deliveries, something viewed with suspicion by developing countries.

Organizers have billed the two-day gathering in Berlin as an opportunity to rebuild trust between rich and poor nations ahead of November’s U.N. climate summit in Egypt, after technical talks last month achieved little progress on key issues such as climate aid for developing nations.

U.N. Secretary General Antonio Guterres warned that the global warming limit of 1.5 Celsius (2.7 Fahrenheit) agreed in the 2015 Paris climate accord was slipping further out of reach even as more people are being hit by extreme floods, droughts, storms and wildfires.

“No nation is immune,” he said. “Yet we continue to feed our fossil fuel addiction.”

Guterres, appearing by video, criticized countries for continuing “to play the blame game instead of taking responsibility for our collective future,” and urged rich nations to keep the promises they have made to the poor.

Developing countries are still waiting for rich nations to provide $100 billion in climate aid each year, a target they were meant to reach by 2020.

“At the minimum, stop paying lip service to the $100 billion a year pledge,” Guterres said. “Give clarity through deadlines and timelines and get concrete on its delivery.”

The issue of “loss and damage ” plays a prominent role in the Berlin meeting, where ministers will break into small groups for discussions in hopes of building trust ahead of the U.N. climate summit in Sharm el-Sheikh, Egypt, in November.

Antiguan Environment Minister Molwyn Joseph, speaking for small-island developing nations that are among those most at risk, underlined the urgency of the issue.

“What it is described as crisis, for us it is catastrophe,” he told delegates. “There are small islands that are disappearing.”

Big polluters, however, have long resisted the idea that they should pay for the destruction their greenhouse gas emissions are causing around the world.

“As this meeting is taking place, parts of Europe are baking, indeed they’re burning. And sadly, it’s an experience that is all too familiar to many millions across the globe,” said Alok Sharma, the British official who led last year’s climate talks in Glasgow. He told delegates: “My plea to you all is, please, let’s speed up our work.”

His successor for the upcoming climate talks, Egyptian Foreign Minister Sameh Shoukry, said it’s essential to ensure that “the current state of affairs is not taken as a pretext to backtrack or renege on previous commitments, especially those related to supporting developing countries.”

The question of energy sources endangered by Russia’s war in Ukraine looms over the Berlin meeting — in which China was participating, but Russia wasn’t invited.

Environmental activists warn that recent efforts by countries such as Germany to tap new sources of fossil fuels such as gas could undermine countries’ already fragile climate actions.

Germany’s climate envoy, Jennifer Morgan, acknowledged that “the Russian war of aggression is forcing us to take short-term decisions we don’t like, including the increased use of coal for a very limited period of time.”

“But we are not only sticking rock-solidly to our climate goals — we are accelerating the energy transition and will phase out the use of fossil energy even faster,” she told The Associated Press, citing a newly approved plan to ramp up solar and wind power generation in Germany.

Some appeared skeptical. South African Environment Minister Barbara Creecy said that “we cannot have backtracking” on coal by rich nations.

“Developed countries must continue taking the lead with ambitious action,” she said. “The ultimate measure of climate leadership is not what countries do in times of comfort and convenience, but what they do in times of challenge and controversy.”

The vice president of the European Union’s executive Commission, Frans Timmermans, responded that even if “some of our member states have to increase the use of fossil fuels now … this will not take us away from the goals we’ve set.”

The U.S. also comes to the talks following setbacks for President Joe Biden in his efforts to regulate pollution and boost renewable energy such as wind and solar power. 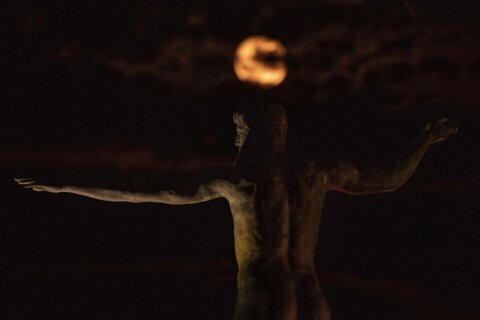 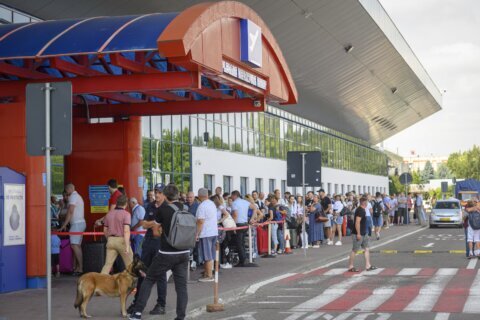 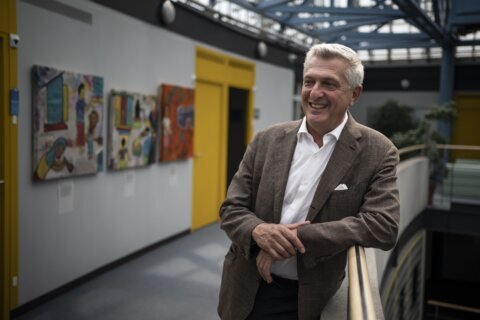