Royals thank Caribbean migrants for contribution to the UK

LONDON (AP) — Queen Elizabeth II and her grandson Prince William paid tribute Wednesday to Britain’s Caribbean immigrants for their “profound contribution” to the U.K., as a national monument was unveiled in London to celebrate the migrants’ work to help rebuild Britain after World War II.

William and his wife, Kate, unveiled the statue — depicting a man, woman and child standing atop suitcases — at London’s Waterloo train station. In his speech, William highlighted the racism faced by thousands who journeyed to Britain in the post-war years, and said it still affects their descendants today.

“Discrimination remains an all too familiar experience for Black men and women in Britain in 2022,” he said.

William referred to a British government scandal that “profoundly wronged” tens of thousands who travelled to Britain between 1948 and 1973 after the government called on colonies to send workers amid post-war labor shortages. The new arrivals were called the “Windrush generation” after the Empire Windrush, the ship that brought the first 500 migrants to British shores in 1948.

In 2018, the Windrush scandal revealed that thousands of Caribbean migrants who had lived and worked legally in the U.K. for decades were ensnared by tough new rules designed to crack down on illegal immigration.

Scores lost their jobs, homes and the right to free medical care because they didn’t have the paperwork to prove their status. Some were detained, and an unknown number were deported to countries they barely remembered.

Britain’s government apologized and offered compensation, but many have complained that the claiming process is too cumbersome and the payments offered aren’t high enough to make up for harm done by the British government.

“Alongside celebrating the diverse fabric of our families, our communities and our society as a whole — something the Windrush generation has contributed so much to — it is also important to acknowledge the ways in which the future they sought and deserved has yet to come to pass,” William said.

In a written message, signed Elizabeth R., the queen said the new statue was a “fitting thank you to the Windrush pioneers and their descendants, in recognition of the profound contribution they have made to the United Kingdom over the decades.”

Next year marks 75 years since the arrival of the Empire Windrush in Essex, near London, bringing workers and children from Jamaica, Trinidad and Tobago and other islands.

Britain’s government, which provided 1 million pounds ($1.2 million) to fund the statue in Waterloo station, said the monument is meant to be a “permanent place of reflection.”

It “symbolizes the courage, commitment and resilience of the thousands of men, women and children who travelled to the U.K. to start new lives from 1948 to 1971,” the government said. 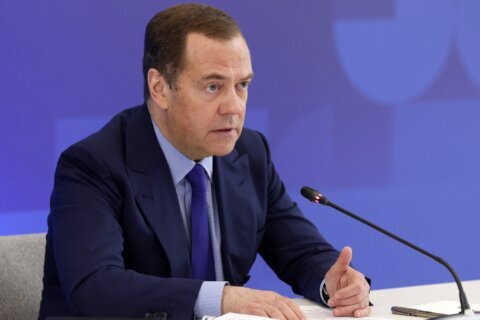 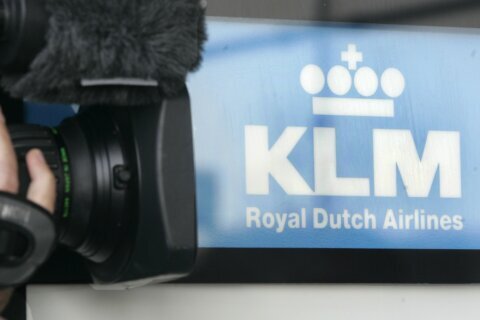