BERLIN (AP) — Germany’s independent vaccine advisory panel is recommending that shots against monkeypox be prioritized for people recently exposed to the virus that causes the disease.

The panel, known by its German acronym STIKO, circulated a draft recommendation Thursday in which it said that due to limited supply, the smallpox vaccine Imvanex should be made available first to people who were exposed to the virus in the previous 14 days.

Two shots should be given at least 28 days apart to people not previously vaccinated against smallpox, while a single dose is enough for those who had received a smallpox shot before, the advisory panel said. Monkeypox is a rare disease, related to the same virus family as smallpox.

The panel said that people at heightened risk of contracting monkeypox should be given second priority for the vaccine. This includes men who have sex with changing male partners; all of the more than 130 monkeypox cases in Germany so far have involved individuals in that group.

Staff in specialist laboratories who work with infectious samples that contain monkeypox may also belong to the high-risk category, it said.

STIKO’s recommendations are not legally binding but usually followed by German authorities.

Health authorities in Europe, North America, Israel and Australia have identified more than 100 cases of monkeypox. The disease has long been endemic in Africa.

While the virus spreading outside of Africa has caused concern, experts believe the risk to the general public remains low. 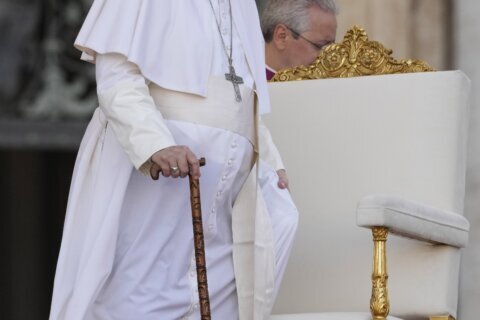