PARIS (AP) — A group of lawmakers belonging to French President Emmanuel Macron’s party will propose a bill to inscribe abortion rights into the country’s constitution, according to the statement by two members of parliament on Saturday.

The move comes after the U.S. Supreme Court overturned a 50-year-old ruling and stripped women’s constitutional protections for abortion.

The right to abortion in France is already inscribed in a 1975 law relating to the voluntary termination of pregnancy within the legal framework that decriminalized abortion.

A constitutional law will cement abortion rights for future generations, said Marie-Pierre Rixain, a member of parliament and of Macron’s The Republic on the Move party.

“What happened elsewhere must not happen in France,” Rixain said.

The bill will include a provision that would make it “impossible to deprive a person of the right to voluntarily terminate a pregnancy,” according to the statement, released by two members of the National Assembly, France’s most powerful house of parliament.

Aurore Berge, the leader of Macron’s party group in the parliament, said the U.S. Supreme Court’s decision to revoke abortion rights is “catastrophic for women around the world.”

“We must take steps in France today so we do not have any reversal of existing laws tomorrow,” Berge said in an interview with the public radio station France Inter on Saturday.

Macron’s party and his centrist alliance have the most seats in the National Assembly, although it lost its majority in Sunday’s legislative election as voters opted for parties on the far right and the far left.

Lawmakers on both sides of the political spectrum are expected to challenge Macron’s domestic agenda, such as his controversial pension reform.

In a deeply polarized political climate, Berge said French lawmakers should not take chances on fundamental rights even if they already are inscribed in law.

“Women’s rights are still rights that are fragile and are regularly called into question,” Berge said. She added: “We don’t change the constitution like we change the law.”

Macron expressed solidarity with women in the United States following the Supreme Court’s decision to overturn a nearly half a century old landmark ruling that will likely lead to abortion bans in roughly half the states.

Macron said women’s liberties are being undermined by the decision. “Abortion is a fundamental right for all women. It must be protected,” the French president wrote in a Twitter post late Friday. 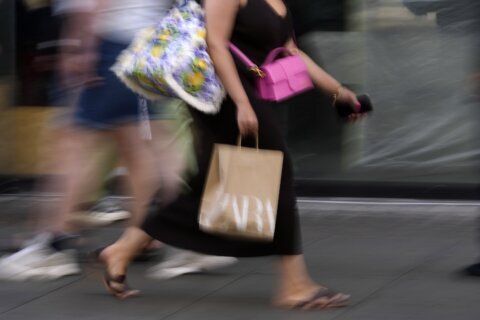