THE HAGUE, Netherlands (AP) — A Dutch appeals court upheld Wednesday the conviction and life sentence of a 67-year-old Ethiopian-Dutch man who was found guilty of war crimes committed under a brutal Marxist regime that ruled Ethiopia in the 1970s.

Eshetu Alemu, who was too ill to attend the appeal hearings in his case, had sought to have the 2017 convictions quashed. But the international crimes section of the Hague Court of Appeal convicted him for his part in a 1977-78 purge by the Dergue regime of former dictator Mengistu Haile Mariam, known as the Red Terror.

Some experts say that 150,000 university students, intellectuals and politicians were killed as the regime brutally stamped out opposition groups. Human Rights Watch has described what happened in Ethiopia as “one of the most systematic uses of mass murder by a state ever witnessed in Africa.”

Alemu was the Dergue’s representative in Gojam province in 1978 while its forces battled the Ethiopian People’s Revolutionary Party, one of several opposition groups.

The court said war crimes were committed in the province “with the knowledge and participation of the defendant.”

According to an English-language summary of the appeals court’s ruling, hundreds of victims, many of them young students, were arrested without just cause and detained in inhumane conditions. Some were severely tortured, and the vast majority were sentenced to prison without trial. A number of the victims were sentenced to death.

“The death sentences were executed at the defendant’s direction in a brutal manner,” the court said.

In an emotional speech during his initial trial that led to his 2017 conviction, Alemu accepted blame for crimes by the Dergue but told judges he did not personally commit them.

Alemu was tried in a Dutch court because he moved to the Netherlands in the early 1990s and was granted Dutch citizenship in 1998.

Mengistu now lives in exile in Zimbabwe. He was convicted in absentia by an Ethiopian court in 2006 of genocide and later sentenced to death. 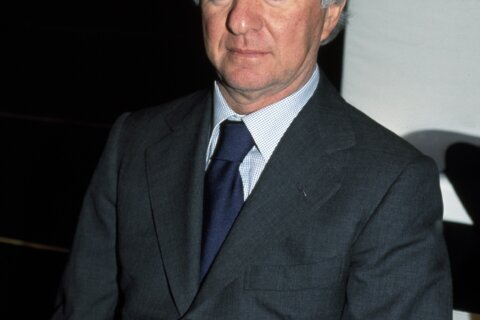