BERLIN (AP) — A Catholic diocese in Germany said Tuesday that a former priest has been convicted in a church trial of sexually abusing a minor over several years almost three decades ago.

The man, who wasn’t identified, was ordered to pay 10% of his income to a charitable organization that helps victims of abuse, the diocese of Limburg said.

While financial payouts have been included in confidential settlements between the church and victims of abuse, the announcement of a financial penalty against a priest as a result of a canonical investigation is unusual.

The male victim had filed a complaint about the abuse in 2018 following the publication of a study into sexual abuse within the church.

German prosecutors declined to open an investigation because the alleged crimes had passed the 20-year statute of limitations, but church authorities launched a probe.

The crimes were committed between 1986 and 1993 in the Limburg diocese.

After receiving a dossier from the diocese, the Vatican asked it to open criminal proceedings.

The diocese said that the church now considers the man to be a convicted sex offender. It said the man would have been defrocked as part of his conviction, but he left the priesthood during the trial.

The verdict can’t be appealed.

The Limburg diocese made news several years ago when Pope Francis removed its bishop following an uproar over his lavish spending on a new residence complex.

His successor became the head of the German Bishops’ Conference, which in 2020 announced a new system to compensate survivors of sexual abuse by clergy with up to 50,000 euros ($58,400) to each. 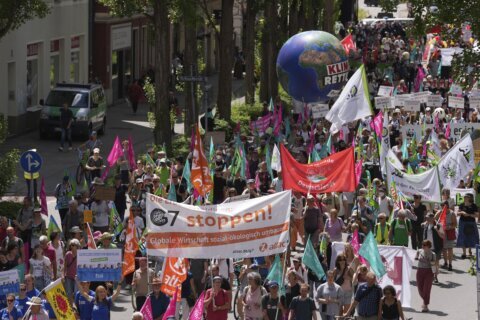