TIRANA, Albania (AP) — Albanian officials on Monday declared the Vjosa River and its tributaries a future national park, a move aimed at preserving what they called one of the last wild rivers in Europe.

The Albanian Ministry of Tourism and Environment signed an agreement with the California-based Patagonia environmental organization to draft an “integrated and sustainable plan” for the new park.

“This is an opportunity to protect one of Europe’s rivers, really one of the crown jewel rivers of Europe,” Ryan Gellert of Patagonia told The Associated Press.

Patagonia, along with other environmental groups EcoAlbania, Riverwatch and EuroNatur, will help organize and fund a panel of international and local experts who will draft the framework for the park and also create “awareness around the world of this natural beauty.”

Scientists say the Vjosa ecosystem is the habitat for 1,100 species, 13 of which are in great danger of extinction. It also has ecological, cultural and economic value for the 60,000 Albanians who live along its shores.

“A perfect metaphor for nature in Albania, with the white stones … sprayed with wildflower seedlings,” said Mirela Kumbaro, Albania’s minister for environment and tourism, who also urged visitors to come see its “turquoise-colored waters in summer and torrential white snowy waters in winter.”

Declaring it a national park will enrich “the generations that will inherit Vjosa in a way that’s a new untrodden path in Europe,” Prime Minister Edi Rama said.

He said the government has cancelled its building plans for eight hydropower stations on the Vjosa and its tributaries that were going to produce electricity for the small Western Balkan country. Environmentalists say the dams would have caused a serious damage to the river.

Officials did not immediately say what would become of the half-built hydropower station at Kalivac on the Vjosa.

“The agreement is a serious step toward starting a joint project of many actors, not only of the government, in building up the national park,” said Olsi Nika of EcoAlbania, one of the groups that opposed the dams.

Both Nika and Gellert said it could take years before the national park becomes official. It currently is a protected zone. Neither the government nor the environmental groups could immediately say exactly how large the new park will be — assuming that is a question for the expert panel — but Rama said it would be Albania’s biggest. Valbona Valley has that distinction now at 8,000 hectares (20,000 acres).

The prime minister also teased actor Leonardo DiCaprio, a noted environmentalist, for previously criticizing the Albanian government for not protecting the Vjosa ecosystem. He said now that Albania has acted, perhaps “Nardi (Albanian for Leonardo) may wake up” and help the project. 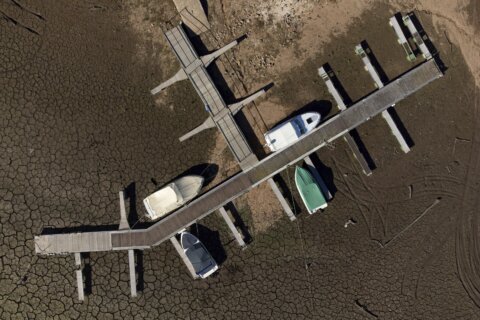 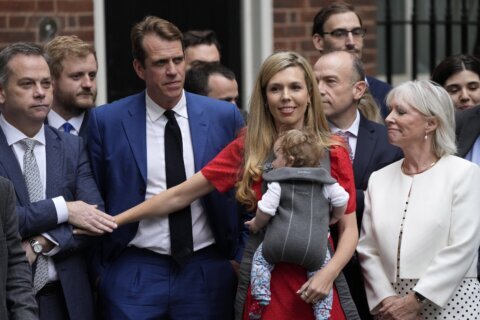