ZURICH (AP) — Wotan beckoned the other gods to join him in walking to Valhalla, their new home acquired at a high and painful price. Instead of following, they shot him looks of contempt and allowed him to enter on his own.

Andreas Homoki’s production of Richard Wagner’s “Das Rheingold” that opened at the Zurich Opera on Saturday night is a family affair, stripping Wagner’s mythology of usual trappings, instead laser-focused on a dysfunctional, brooding bunch consumed by greed. No rainbow bridge, no hint of a river, mountaintop or underground mine, not even an eye patch.

“You don’t need to see Valhalla built up by the giants,” conductor Gianandrea Noseda said.

Only a 25-minute walk from the Escher Houses flats at 11-13 Zeltweg where Wagner composed “Rheingold,” “Die Walküre” and the first two acts of “Siegfried” from 1853-57, the Zurich Opera is staging its first “Der Ring des Nibelungen (The Ring of the Nibelung)” since Robert Wilson’s typically austere rendition of 2000-01. Homoki and set designer Christian Schmidt will debut the four operas over two years, culminating in a pair of Ring Cycles in the spring of 2024.

Homoki, intendant of the Zurich Opera since 2012, is directing the Ring as among his imprints on the house, where he will be succeeded in 2025 by Matthias Schulz, currently intendant at Berlin’s Staatsoper Unter den Linden.

“Literally 70% of the piece was composed in a house I drive by with my car to go to rehearsals,” Homoki said ahead of the opening. “In a way, the Ring comes back to its source, That adds an interesting coincidence with what we want to do with the Ring. So rather than offering interpretations, like what is the meaning of this and that, the emphasis will be on looking at the structure.”

They placed “Rheingold” in three large rooms that spun on a turntable, likened by Homoki to a mind’s imagination of a heavenly mansion.

The Almavivas or Larins would be at home here. Valhalla, the gods’ newly completed castle, was seen in a painting punctured by the giants demanding payment and represented near the end of the night by a new golden table of stage-wide length.

“There aren’t these whole sort of mythological godlike figures. It’s almost like make a family drama,” said Christopher Purves, a 62-year-old British bass-baritone who portrays the dwarf leader Alberich in a black leather sleeveless vest. “I think it’s relatable to the audience. I think they’ll understand who the characters are, but also where they’ve come from, why they’re angry, why they’re evil. I think it’s quite a simple reading of it in some respects.”

Wotan (Tomasz Konieczny) was banker-like in a gray three-piece suit and Fricka (Patricia Bardon) in a green dress that signaled elegance and big bucks.

Costume designer Florian Schaaf dressed Froh (Omer Kobiljak) and Donner (Jordan Shanahan), the gods of light and thunder, as dandies in rowing blazers and straw boaters, carrying cricket bats. The giants, Fasolt (David Soar) and Fafner (Oleg Davydov), were topped by Tyrolean hats. Only Loge (Matthias Klink), the god of fire who both embraces and shuns the others, looked out of place, in a rust velvet coat and long stringy hair. Rheinmaidens were in white with Marilyn Monroe wigs, Erda also in white, and the Niebelung in black.

Shorn from thematic concepts that have multiplied over the past half-century, Homoki’s staging relies heavily on the characters’ personalities — and what the singers bring to the roles.

“Alberich is sort of written with me in mind — it suits my character so well,” Purves said. “There’s something a little bit nasty. We enjoy very much finding horrible things in our souls as performers that we can then put on stage that we wouldn’t normally exhibit in real life.”

In a jewel box of a house with 1,100 capacity — houses in New York, London, Paris, Munich and Milan are vastly larger — singers don’t have to push their voices. Noseda conducted a propulsive, electric performance in his first attempt of a Ring opera, increasing intensity and decibels at key moments.

“It’s been very inspiring and enriching,” said the 58-year-old Noseda, who became the Zurich Opera’s music director last fall. “Just the fact that the idea of the Ring was born in this city makes it more meaningful.” 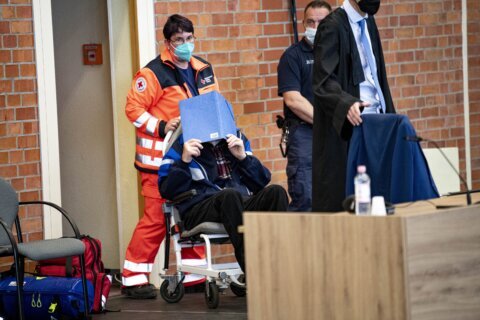 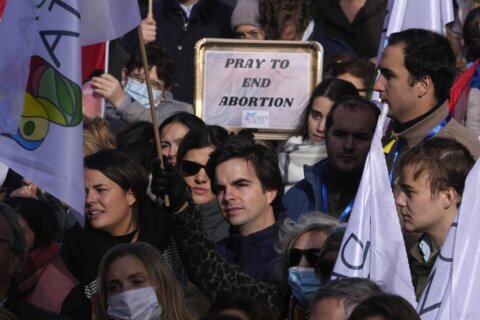