VATICAN CITY (AP) — Pope Francis on Tuesday named a bishop in his own image, Cardinal Matteo Zuppi, as the new head of the Italian bishops conference, as the Italian Catholic Church comes under mounting pressure to confront its legacy of clerical sexual abuse with an independent inquiry.

Francis’ widely expected choice was announced during the second day of the spring meeting of the conference. Zuppi, 66, is currently the archbishop of Bologna and has long been affiliated with the Sant’Egidio Community, a Catholic charity particularly close to Francis.

The Italian Catholic Church is one of the few in western Europe that has not opened its archives to independent researchers to establish the scope of abuse and cover-up in recent decades. Whether by government mandate, parliamentary investigation or church initiation, such reports in Ireland, Belgium, the Netherlands, Germany and France, for example, have shown systematic problems that allowed thousands of children to be abused by Catholic priests. The churches in Spain and Portugal have recently agreed to launch similar investigations.

But the Italian church has so far resisted demands from survivors and advocacy groups to follow suit, though conference officials have said they were awaiting the appointment of a new president this month before announcing anything.

Zuppi’s outgoing predecessor, Cardinal Gualtiero Bassetti, referred to the issue in general in his final speech Tuesday but made no commitments. “We intend to promote a better understanding of the phenomenon of abuse to evaluate and make measures of protection and prevention more efficient,” Bassetti said.

Zuppi generally receives positive marks from the progressive wing of the church, in particular from the LGBTQ community. He wrote the preface to the Italian edition of the book “Building Bridges,” by the American Jesuit, the Rev. James Martin, about the need for the church to reach out more to gay Catholics.

“We hope his nomination represents a true turning point for the church,” said a leader of the Italian LGBTQ community, Franco Grillini, on Instagram.

But Italian advocates for clergy abuse victims were less convinced he would commission a comprehensive, independent inquiry based on church archives. Current proposals in the conference have focused on a more limited, in-house inquiry.

“We reject in advance any hypothesis of work carried out with tools and resources internal to the church itself, which would not have the necessary characteristics of third party and would be non-credible, deficient and ultimately useless, if not harmful,” members of the #ItalyChurchToo movement wrote in an open letter to the conference leadership ahead of Zuppi’s appointment.

In recent days two new books have come out documenting the problem in the pope’s backyard, while a new national newspaper, Domani, has begun a regular series on “Violence in the Italian Church,” backed by a crowd-funding initiative.

The aim of the series “is to lift the veil of hypocrisy thanks to which the Italian Bishops Conference, aided by the wink-wink of the national media, manages to make people believe that the problem exists only in other countries,” Domani said in its crowd-funding appeal.

The reluctance of Italy’s establishment media to expose the problem has been cited by Lucetta Scaraffia, a former editor of the Vatican’s women’s magazine, as one of the reasons the issue hasn’t reached a crisis point yet in heavily Catholic Italy.

She and journalist Franca Giansoldati and historian Anna Foa recently published “Lamb of God,” recounting the cases of abuse in the Italian church that have been gathered by the main advocacy resource group, Rete l’Abuso (Abuse Network), which is a founding member of the #ItalyChurchToo movement.

Scaraffia said the network’s archive showed a pattern in which typically poor children from families reliant on the church were victimized by predator priests who selected them precisely because of their vulnerability. The church managed to save the priests by turning to powerful lawyers who offered minimal payouts from 15,000-25,000 euros to the needy families if they opted against filing a criminal complaint, she said.

“Unfortunately in Italy, the faithful in first place but then the rest of society aren’t interested. The newspapers don’t talk about it ever or just briefly, and then just the gory details in the local section,” she said in an email.

Iacopo Scaramuzzi, author of “Sex of the Angels,” about the church’s internal debates on abuse, feminism and gays, said Zuppi has been more open to dealing with matters of sexual morality than other Italian bishops. But he noted that Italian bishops and society as a whole are reticent on the issue and “very late in the awareness of the crisis of sexual abuse.”

“I hope that he will have the courage to choose a path — an independent commission on abuses that occurred in the context of the sole Italian Church — which would be looked upon with respect by other European countries that have already taken this path … and that finally brings justice to the survivors,” he said. 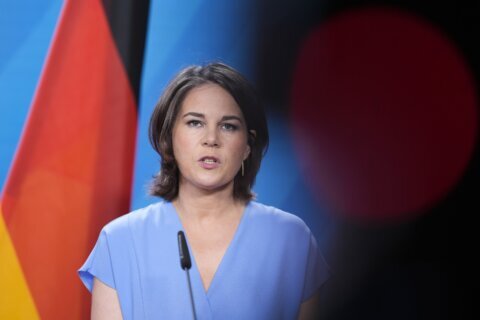