COPENHAGEN, Denmark (AP) — A former employee with the Danish police has been charged with hacking and attempted hacking of 140 employees’ mobile phones, and accessing more than 100 cases of investigative material, investigators said Friday.

The material included images of child pornography and photos belonging to a large number of private citizens, police on the central Denmark island of Funen said in a statement. It was unclear how he accessed the material and whether the man was a police officer or a civilian employee.

The man faces charges of sexual harassment, hacking, abusing his position and possessing child pornography. If found guilty, he faces fines or up to six years in jail.

His victims include former colleagues, friends and acquaintances and random individuals from whom he bought used hard drives “from which he recovered and acquired private and humiliating content,” police said.

On top of that, police said that about 140 employees had their mobile phones hacked at least once. Some cell phones were hacked up to 30 times. He also took pictures of a female colleague through a keyhole to a changing room at the police station.

The man, who was not named in line with Danish policy, allegedly committed the offenses from both his workplace and his home, over a long period of time before he was arrested on March 29, police said in a statement.

No date for a trial was announced.

The man’s defense lawyer, Henrik Garlik, declined to say how his client will plead, the Ekstra Bladet newspaper reported. 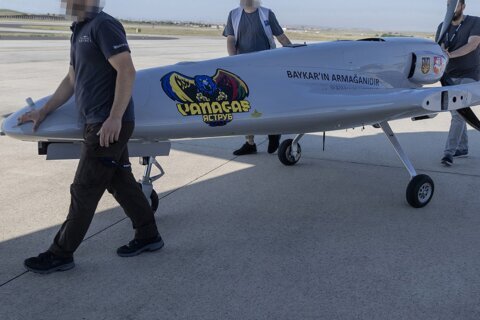