The World Economic Forum’s annual gathering of CEOs and government leaders this week in Davos, the town in the Swiss Alps, may seem full of important but impersonal announcements.

So what do Davos-goers really think? Here are some voices from the meeting that ends Thursday:

WHAT ARE YOU DOING PERSONALLY TO FIGHT CLIMATE CHANGE?

Living in Los Angeles, Blue said his family has gotten into the habit of conserving water, as much of California and the Western United States has been in a megadrought for years. They recycle, mostly eat vegetarian, and drive an electric car.

“One of the things that has slowed the world’s response to climate change is that there was a story out there that it was the behaviors of consumers that made the difference,” he said. “It’s not.”

Rather, he said consumers’ choices are limited when businesses only provide solutions or products that aren’t environmentally friendly.

Suarez says his family has a Tesla and is putting solar panels on the roof of their house.

“As a public official, I feel it’s my responsibility to do what I can.”

Gawel’s day job is spent on environmental protection and fighting climate change. Outside of work, Gawel commutes by bike, uses public transportation and educates her two kids about the environment.

“My children are kind of the biggest advocates for these types of issues now. And the thing that I have to say that I love seeing is the schools are actually teaching them about this. My daughter, who is 8 years old, is being taught about wind power, about solar, about the challenges of fossil energy.”

Gawel says such issues were “completely not something that was on our curriculum, at least when I was growing up.”

HOW WILL THE RUSSIA-UKRAINE CRISIS CHANGE THE WORLD?

“The Russia-Ukraine crisis, I think, sends a strong message to the world that the world will no longer accept aggression and war to solve problems,” El Houry said.

He added that “world also has to accept that there are many aggressors around the world that have been doing what they’re doing for years and decades and have gone unpunished. And we can’t have a double standard where we only single out Russia.”

Suarez said the war has exposed how interconnected the world is, from the workforce to energy shocks to a looming food crisis because of dropped agricultural production from Ukraine.

“As leaders, we have the responsibility to make those connections for people, explain why what happens in one place can affect another and why we should care.” 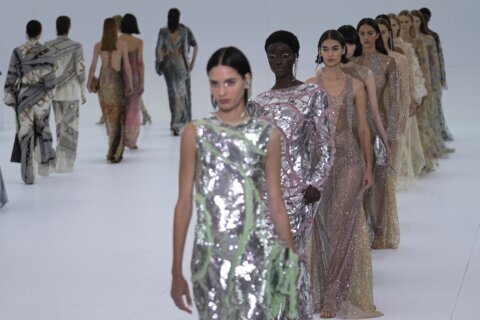