LONDON (AP) — British fraud investigators have raided the U.K. offices of the GFG Alliance, owners of the country’s third-largest steelmaker, as part of an investigation into possible fraud and money laundering related to financing from a now-bankrupt lender with ties to former Prime Minister David Cameron.

The Serious Fraud Office opened an investigation last year after Greensill Capital’s collapse forced the owner of Liberty Steel, which has thousands of staff in the U.K., to seek a government bailout. British media have reported that Cameron lobbied government officials, including Treasury chief Rishi Sunak and then-Health Secretary Matt Hancock, on behalf of Greensill.

The fraud office said Wednesday that it is investigating possible fraud, fraudulent trading and money laundering in relation to companies within GFG, also known as the Gupta Family Group Alliance, including “financing arrangements” with Greensill. Investigators have requested documents, including balance sheets, annual reports and correspondence related to the investigation, the agency said.

In a memo to employees, GFG denied any wrongdoing and pledged to cooperate with investigators.

“As part of their ongoing investigation they have today issued procedural … requests for information to some of our U.K. sites, as expected,” GFG said in the memo. “We will comply with the information request orders and will continue to cooperate fully in all manners.”

GFG is led by Executive Chairman Sanjeev Gupta, who was once praised as the “savior of steel” for rescuing struggling steelmakers.

GFG used “supply-chain finance services” offered by Greensill. This meant that if GFG sold a product to another company, it could send the invoice to Greensill and be paid right away, rather than having to wait potentially months for the customer to pay its bills.

This type of financing can be useful for companies with tight cash flows. 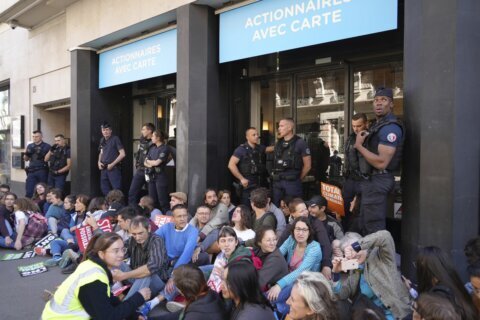