Talks on new UN climate report going down to the wire

BERLIN (AP) — Negotiations between scientists and governments over a key United Nations climate report were going down to the wire Sunday, as officials from major emerging economies insisted that it should recognize their right to development.

The latest report by the Intergovernmental Panel on Climate Change, a U.N.-backed science body, is meant to show the paths by which the world can stay within the temperature limits agreed in the 2015 Paris accord.

The agreement aims to cap global warming at 1.5 degrees Celsius (2.7 Fahrenheit) this century. But with temperatures already more than 1.1C higher than the pre-industrial baseline, many experts say that’s only possible with drastic cuts to greenhouse gas emissions.

The closed-doors meeting was meant to wrap up Friday so that the report could be presented to the public on Monday.

But several observers, who spoke only on condition of anonymity because of the confidential nature of the proceedings, told The Associated Press that the talks were still far from finished with less than 24 hours to go before the publication deadline.

One senior climate scientist said about 70% of the text had so far been agreed and there was still hope the negotiations might finish Sunday.

India has emerged as a key voice pushing for recognition in the report that developing countries have contributed a far smaller share of the carbon dioxide emissions already in the atmosphere than industrialized nations and should therefore not need to make the same steep cuts. India, which remains heavily dependent on coal, also wants poor countries to receive significantly more financial support to cope with climate change and make the transition to a low-carbon economy.

Others, such as oil exporter Saudi Arabia, argue that fossil fuels will still be needed for decades to come and phasing them out too quickly could hurt the world’s poorest.

The text being negotiated is a summary for policymakers that will serve as the basis for government talks at international climate meetings such as the upcoming U.N. summit in Egypt this fall. The underlying science report outlining the world’s progress in cutting emissions is not subject to negotiation, but it cannot be published until the summary is agreed.

A previous instalment last year warned that there is no doubt the rapid climate change seen in recent decades is caused by humans and some effects of global warming are already inevitable. Last month, the science panel outlined how further temperature increases will multiply the risk of floods, storms, drought and heat waves worldwide. 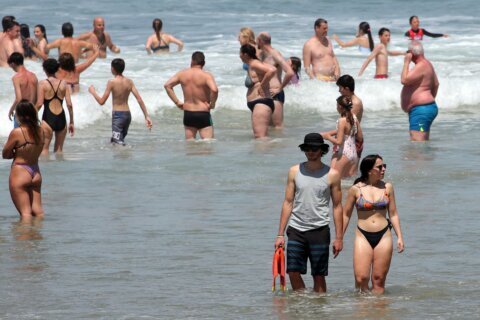