Pope cancels agenda on medical advice because of knee pain

The Vatican said in a statement that Francis’ doctors had recommended he interrupt his planned activities, which included a meeting of his cabinet of cardinal advisers who meet every three months at the Vatican.

Francis last Friday cleared his schedule for medical checks, the results of which have not been released. The 85-year-old has said he strained the ligaments in his right knee, making walking, standing and getting up from his chair increasingly difficult and painful.

Francis has long had a pronounced limp due to sciatica nerve pain, but the knee pain has aggravated it. He has had to bow out of celebrating several recent liturgical events, including the Easter Vigil and a Mass this past Sunday. He now frequently walks with a shuffle and the assistance of an aide.

He has a packed travel schedule coming up, including reported trips to Lebanon in June, Congo, South Sudan and Canada in July and Kazakhstan in September. 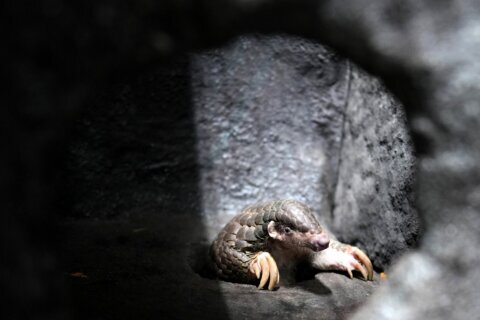 Prague Zoo gets Taiwanese pangolins after fallout with China