Wednesday’s operation was the culmination of an investigation by Belgian, Dutch and German police as well as anti-drug authorities in Paraguay. Europol, the European Union’s law enforcement agency, coordinated the joint action.

Authorities have been investigating the trafficking network since February 2021, when 34 tons of cocaine in three shipments were seized in the ports of Hamburg in Germany and Antwerp in Belgium.

Of the arrests, 11 took place in Germany, five in Belgium and three in the Netherlands.

The operation followed another series of searches and seizures related to the trafficking ring in February, when police arrested around 30 people in Brazil, Paraguay and Spain.

Authorities found out that the traffickers’ control center was based in Dubai, where the group organized its supply of cocaine from Bolivia. They also had supply lines in Paraguay, according to Europol.

The criminal network used a network of legitimate companies to help bring the drugs into the EU, Europol said, concealing cocaine in shipments of bananas, coffee and plaster. 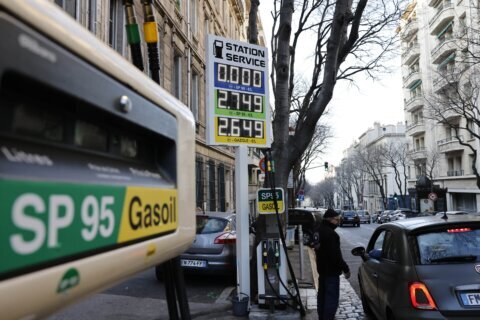