VATICAN CITY (AP) — Pope Francis allegedly authorized negotiating an exit strategy for a key figure in the Vatican’s bungled London real estate investment and was so satisfied with the outcome that he paid for a celebratory dinner at a fancy Roman fish restaurant the night the 15-million- euro payout closed, a defendant in the Vatican’s extortion trial testified Wednesday.

The testimony by Monsignor Mauro Carlino, a onetime secretary in the Vatican secretariat of state, placed the pope squarely in the center of the Vatican’s landmark trial and raised questions about why low-ranking Vatican officials were indicted and their superiors were not — given the hierarchical way authority, decision-making and obedience are exercised in the Holy See.

The trial concerns the Vatican’s 350-million-euro (US$390 million) investment in a London real estate venture, which lost the Holy See some 217 million euros, much of it donations from the faithful. Vatican prosecutors have accused Italian brokers and Vatican officials of fleecing the Holy See of millions in fees and of extorting the Holy See of 15 million to get full ownership of the building.

Carlino is accused of extortion and abuse of office for his role in negotiating the payout to Italian broker Gianluigi Torzi so the Vatican could get full ownership of the building.

At issue are contracts signed between Torzi and another Vatican official in November and December 2018 asserting that the Vatican would own 30,000 shares in the building’s holding company and Torzi 1,000. But Torzi’s shares were the only ones with the right to vote, meaning he controlled the building.

By December 2018, the Vatican realized it had “an empty box,” Carlino testified, and scrambled to figure out a way to get full control of the building from Torzi: either by buying out Torzi’s shares or launching legal action against him for what the Vatican considered to be a fraudulent deal. Torzi is accused of extortion, fraud and other financial charges, which he denies.

The pope’s legal experts had warned the Vatican that it might lose any lawsuit, given the signed contracts, and worried that in the meantime Torzi might sell the building and leave the Vatican empty-handed. Francis, informed of the situation and after having met with Torzi, gave his authorization to “pay as little as possible to close the thing and turn the page,” Carlino testified.

During 4.5 hours of testimony Wednesday, Carlino said his boss, Archbishop Edgar Pena Parra, had asked him in January of 2019 to become the middleman in negotiations with Torzi. But Carlino stressed that he had no authority to make decisions, no expertise in administrative affairs, real estate or finance, and that every decision was taken and approved by Pena Parra, who in turn reported weekly to the pope.

Carlino recalled that on the day of his ordination, he vowed to his bishop that he would give “total obedience” to his superiors, and that his superior, Pena Parra, had demanded “trust, obedience and secrecy” when he gave him the negotiation portfolio.

After five months of talks, the 15 million euro payout closed on May 2, 2019 and Pena Parra, Carlino and another member of the Vatican’s negotiation team, co-defendant Fabrizio Tirabassi, had a celebratory dinner. The location: Le Vele, a restaurant that features a “Royal Plate” of raw fish appetizers for 120 euros, and fish entrees between 18-38 euros apiece.

“When Tirabassi went to pay the bill, he (Pena Parra) said ‘This time I pay because it was offered by the Holy Father,’” Carlino testified.

Asked by Torzi’s lawyer if the pope was pleased with the outcome of the negotiations with Torzi, Carlino said: “I believe so. The substitute (Pena Parra) said so, that the Holy Father was happy that we could finally close this.”

Carlino said that only later, months after the negotiation closed, did the Holy See realize that Torzi had a previous financial relationship with the original broker in the deal. Prosecutors say both men were part of the fraudulent maneuver to have Torzi get control of the building, to the detriment of the Holy See. 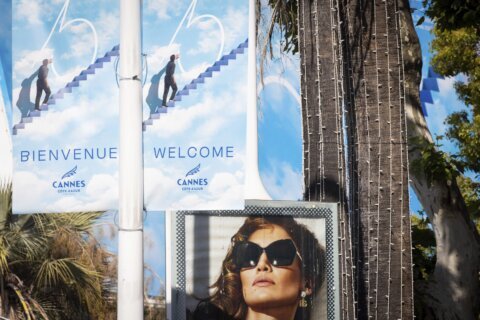 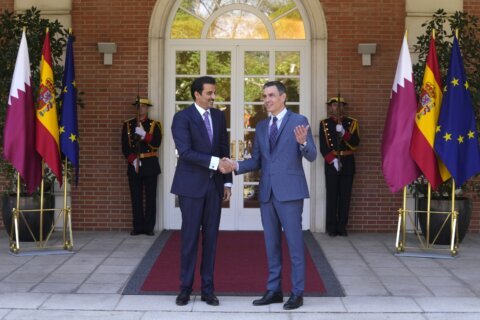 Qatar to boost investment in Spain by $4.9 billion