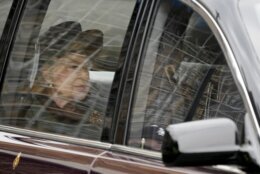 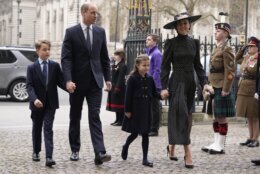 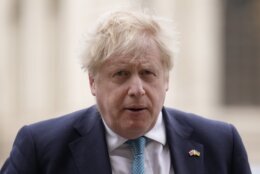 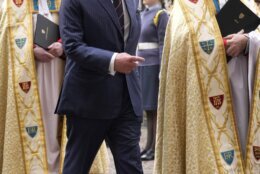 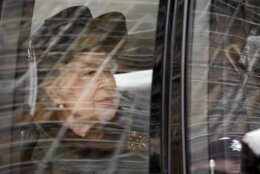 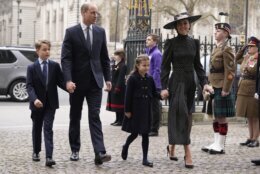 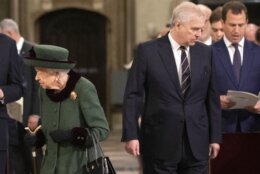 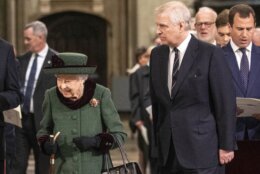 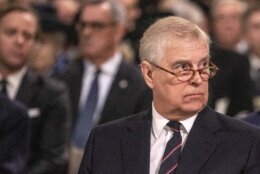 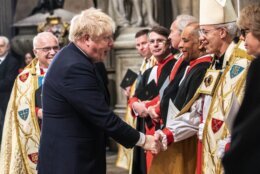 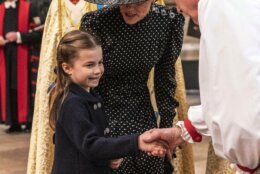 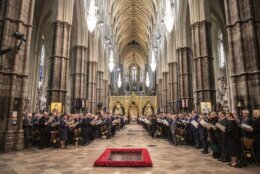 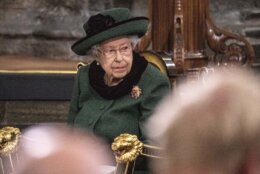 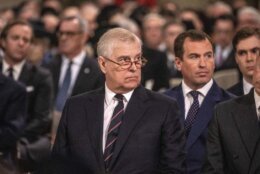 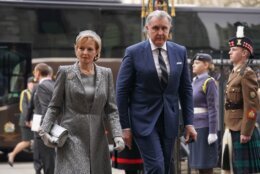 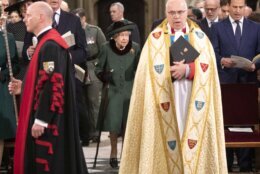 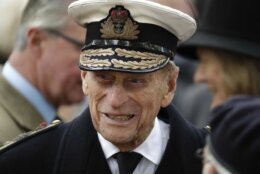 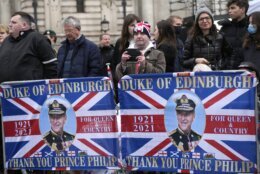 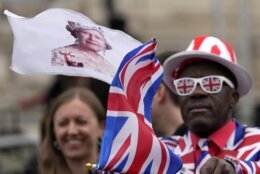 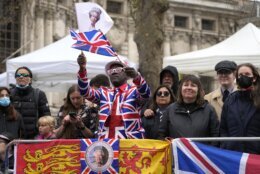 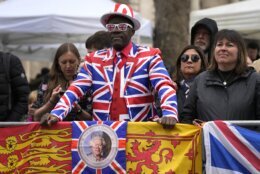 LONDON (AP) — Queen Elizabeth II shrugged off recent health issues to attend a service of thanksgiving for her beloved husband, Prince Philip, at Westminster Abbey on Tuesday, entering the cavernous church through a side door to shorten the distance to her seat.

The monarch entered the abbey on the arm of her second son, Prince Andrew, then separated from him to walk to her seat alone, easing concerns about unspecified “mobility issues” that have limited her public appearances in recent months. Her choice of escorts will be seen as a vote of support for Andrew after he settled a lawsuit linked to his relationship with the late convicted sex offender Jeffrey Epstein.

Elizabeth, who recently recovered from COVID-19, didn’t go to a Commonwealth Day service at Westminster Abbey earlier this month, though she continued with other scheduled engagements. The 95-year-old monarch was deeply involved in planning the service, which included hymns and tributes from the charities Philip supported. Such touches weren’t permitted during his funeral last year due to pandemic restrictions.

About 1,800 family members and guests attended Tuesday’s memorial. Only 30 people last year were allowed at the funeral, conducted under strict lockdown rules that forced the queen to sit alone wearing a black mask as she mourned the loss of her husband of 73 years. Philip, duke of Edinburgh, died on April 9 at age 99.

The Rev. David Conner remembered Philip’s service to the queen, his dedication to environmental protection and his commitment to equipping young people with the skills they need to succeed through his Duke of Edinburgh Award.

“Through his passionate commitment, he drew others to himself in admiration and respect and, in the case of those who lived and worked most closely to him, genuine love,” Conner said.

There were also subtler honors, delivered through the royals’ clothing choices. Elizabeth, her daughter, Princess Anne, and Camilla, the Duchess of Cornwall, were all dressed in dark green — echoing Philip’s livery color of Edinburgh Green.

Also wearing green was Doyin Sonibare, 28, who won top honors from the Duke of Edinburgh Award, created by Philip to teach young people confidence and life skills through outdoor activities and community service. More than 6.7 million teenagers and young adults have taken part in the program since 1956.

Sonibare delivered the primary tribute to Philip, thanking him for creating a program that gave her the tools she needed to get her first job, go on to university and now study for a Ph.D. in sickle cell research.

The culmination of the program is an overnight expedition, something that frightened a teenager from East London who had never been camping before and had a fear of climbing steep hills.

“I kept thinking I was going to trip up, roll down the mountain and it’s lights out for Doyin,’’ she said. “Fortunately for me, that didn’t happen. … I remember thinking to myself, if I could complete this expedition, I can do anything; even though at the time I was 18 and unsure about my future.”

The entrances to Westminster Abbey were lined by winners of the program’s top honor, the Gold Award, as well as members of youth cadet associations — a touch requested by Philip.

There were also prayers, offered in tribute to Philip’s faith, and the congregation joined in singing “Guide Me, O Thou Great Redeemer,” which wasn’t possible at his funeral because of restrictions that banned singing. The queen sang along.

Britain’s royal family attended, with Prince Charles sitting beside his mother and Prince William just behind her. The most notable absences were the Duke and Duchess of Sussex.

Prince Harry has brought a claim against the Home Office after he was told he wouldn’t get the same level of security when visiting from his new base in the United States — even though he’s offered to pay for it himself.

Harry wants to bring his children Archie and Lilibet to visit the U.K. but that is too risky without police protection, his legal representatives have said.

Also taking part were many of Philip’s friends and some 30 foreign royals, including Prince Albert of Monaco, Denmark’s Queen Margrethe and King Felipe VI and Queen Letizia of Spain.

The service was brief — Philip was known for hating a fuss — with the queen leaving the church less than 50 minutes after she walked in. But it did give Britain a chance to offer a note of thanks to the man who at the queen’s coronation in 1953 swore to be her “liege man of life and limb.’’

It was also a family occasion, showing that the Windsors will stick together even through the rough patches.

Andrew’s role underscored that he is still member of the family, even after the scandal caused by his links to Epstein forced him to step back from public duties. The prince earlier this month settled a lawsuit filed by an American woman who alleged she was forced to have sex with him when she was 17. Andrew denies the allegations.

“This was the queen endorsing Andrew after he paid millions to a woman he says he has no recollection of ever meeting,’’ royal analyst Peter Hunt wrote on Twitter. “Either Charles and William didn’t intervene –- or they did and failed to stop the prince performing such a high profile role at his father’s memorial service.’’

This story has been corrected to show that Norway’s royals did not attend.

Follow all stories on Britain’s royal family at https://apnews.com/hub/queen-elizabeth-ii