WARSAW, Poland (AP) — Major malfunctions in the electronic control systems of railway networks in Poland and Italy have caused significant delays and cancellations along train routes, railway authorities in both countries said Thursday.

“Because the reach of the outage is almost nationwide, it is clear that some of the trains will not run at all today,” Skubiszynski told reporters.

Skubiszynski did not say what could have caused the outage. Poland’s railway was asking travelers to put off train journeys Thursday as railway experts worked alongside the government’s cyber security team to gradually restore traffic. Some 10 control centers were back up around midday.

Skubiszynski said authorities were working to ensure that the outage does not hamper the travel plans of Ukrainian refugees. Special bus services were made available.

Poland has admitted some 1.95 million refugees fleeing war and Russian aggression on Ukraine. On Tuesday, the prime minister of Poland joined his Czech and Slovenian counterparts on a special train trip from Poland to Ukraine’s capital Kyiv to show their solidarity with the country. They safely returned Wednesday morning.

Many trains faced delays of up to two hours or have been cancelled because of problems to the centralized computer control system, Italian State Railway said.

The problem was fixed by midday with train traffic gradually being restored and delays shrinking, the company said.

Infrastructure company Alstom said in a statement that Thursday’s delays on the Italian State Railway and in Poland were due to a computer bug in signaling software provided by Bombardier Transportation.

Alstrom said the malfunction was not the result of a cyberattack and that the safety of passengers was not at risk. A “mitigation plan” has proactively been put in place to minimize any potential disruption, the company said.

A source in Italy’s cyber security agency told The Associated Press the agency considered the problem to be an IT bug, not any outside hostile action. The source spoke anonymously because he’s not authorized to speak publicly about the issue.

AP reporters in India noted some disruption on a few railway routes Thursday morning but things had returned to normal by afternoon.

Alstom owns a 20% stake in Transmashholding (TMH), the Russian locomotives and rail equipment provider. It has suspended all future business investments in Russia.

Talks on a partnership between Alstom and Ukraine rail operator UZ have been put on hold as a result of Russia’s invasion of the country. Alstom expressed strong solidarity with UZ in light of the invasion.

AP reporters in Italy, France, Germany and India contributed to this report. 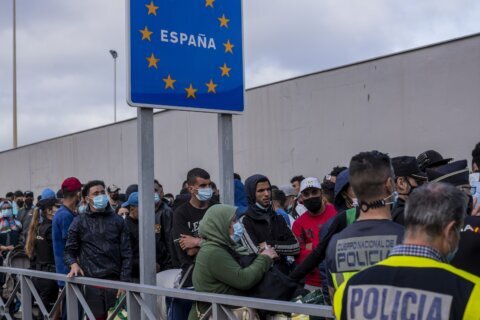 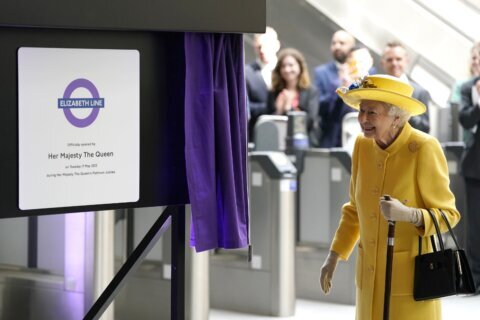