Members of Portugal’s center-left Socialist Party are set to be sworn into office Wednesday for the party's third straight term in government as the country prepares to start spending some 45 billion euros ($50 billion) in European Union aid to help fire up one of the bloc’s weakest economies.
Listen now to WTOP News WTOP.com | Alexa | Google Home | WTOP App | 103.5 FM

LISBON, Portugal (AP) — Members of Portugal’s center-left Socialist Party were sworn into office Wednesday for the party’s third straight term in government as the country prepares to start spending some 45 billion euros ($50 billion) in European Union aid to help fire up one of the bloc’s weakest economies.

The Socialists captured 120 seats in the 230-seat parliament in a landslide January election, opening a path for far-reaching reforms long postponed by political quarreling. The main opposition center-right Social Democratic Party has 77 seats.

The new government has “exceptional conditions to be able to do what needs to be done, with no excuses or alibis,” Portuguese President Marcelo Rebelo de Sousa said at the swearing-in ceremony.

Prime Minister António Costa, the Socialist Party leader who has led the country since 2015, promised an economic recovery after the COVID-19 pandemic but now also faces headwinds stemming from Russia’s invasion of Ukraine.

Costa said his new government won’t get a honeymoon period because the pandemic isn’t over yet and the war in Ukraine has brought “a huge factor of uncertainty” for the economy and livelihoods.

Even so, the windfall of EU funds presents a “unique opportunity,” he said.

“Portugal has today the conditions it never had before to begin a new cycle of sustainable and inclusive development,” Costa said in his speech.

Portugal, a country of around 10.3 million people, has for more than two decades been marked by low growth, low productivity and low salaries.

New challenges include a steep rise in the cost of living, including higher electricity and gas prices for households and businesses, in the wake of the war in Ukraine.

Consumer confidence posted its second sharpest drop on record in March, the national statistics agency reported Wednesday. It also said that rental prices for accommodation jumped by more than 8% at the end of last year.

Despite the promise of more public spending, the incoming finance minister, Fernando Medina, said that keeping a firm lid on the national debt is a “fundamental priority” for the new government, adding that the country’s international credibility depends on it.

However, delays in holding the general election and vote-counting mean the new parliament sworn in Tuesday is unlikely to approve the 2022 state budget before the end of June due to bureaucratic procedures. 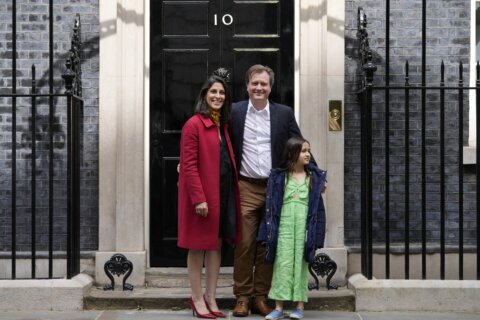