PRISTINA, Kosovo (AP) — Prosecutors on Tuesday indicted an Albanian man for war crimes over his alleged participation in the killings of 130 people in Kosovo 23 years ago.

The special prosecutor’s office accused the resident of Belgrade, Serbia – identified only by the initials M.A. – of “war crimes against the civilian population,” according to a statement.

A 12-month investigation indicated that in March 28, 1999, the suspect was a member of Serb police and military units that executed 130 civilians in Izbice, 80 kilometers (55 miles) west of the capital, Pristina. Twelve of the civilians survived.

Investigators questioned more than 100 witnesses and collected evidence showing that M.A. and other Serb forces had committed war crimes against civilians.

The statement said the suspect was in custody, without specifying the place and time of his arrest.

The prosecutor’s office said the Izbice massacre investigation continues because it is “major and complex case” involving other suspects.

A bloody 1998-1999 bloody conflict between Serbia and Albanian separatists in Kosovo, then a Serbian province, left more than 12,000 people dead and about 1,600 still missing. NATO’s intervention in the form of a bombing campaign on Serbia ended the war. 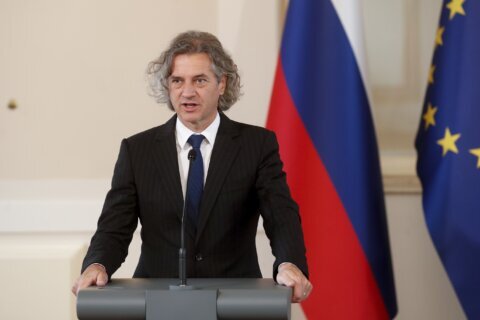