Turkish, Armenian envoys to meet in Moscow on Jan 14

ANKARA, Turkey (AP) — Special envoys from Turkey and Armenia will hold their first meeting aimed at normalizing their ties on Jan. 14 in Moscow, Turkey’s Foreign Ministry announced on Wednesday.

The two neighbors, which have no diplomatic ties, agreed last month to appoint special representatives who would discuss ways of establishing formal ties and end years of tense relations. Turkey and Armenia also hope to resume charter flights between Istanbul and Yerevan.

The move is seen as part of an effort to end tensions in the Caucasus region. It is also part of Turkey’s efforts to reconcile with a number of countries it has fallen out with, including Egypt, the United Arab Emirates and Saudi Arabia, and to end its regional isolation.

A Foreign Ministry statement didn’t provide further details on the meeting to be held in Moscow. Turkey appointed Serdar Kilic, a former ambassador to the United States as its special representative while Armenia appointed deputy parliamentary speaker Ruben Rubinyan.

Ankara and Yerevan had reached an agreement in 2009 to establish formal relations and to open their joint border, but the agreement was never ratified because of opposition from Azerbaijan. This time around, however, the reconciliation efforts have Azerbaijan’s blessing and Turkish officials have said Ankara would “coordinate” the normalization process with Azerbaijan.

Turkey, a close ally of Azerbaijan, shut down its border with Armenia in 1993, in a show of solidarity with Baku, which was locked in a conflict with Armenia over the Nagorno-Karabakh region.

Turkey and Armenia also have a more than century-old hostility over the deaths of an estimated 1.5 million Armenians in massacres, deportations and forced marches that began in 1915 in Ottoman Turkey. Historians widely view the event as genocide.

Turkey vehemently rejects the genocide label, conceding that many died in that era, but insisting that the death toll is inflated and the deaths resulted from civil unrest.

Spaniard said to be world’s oldest man dies at 112 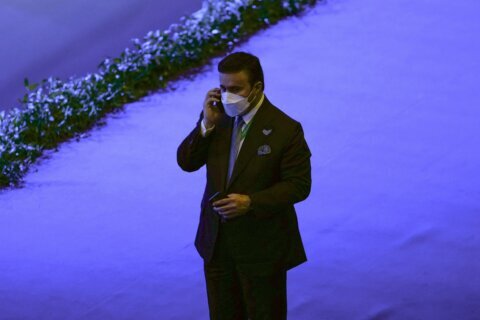