MOSCOW (AP) — Russia on Thursday recorded a sharp increase in coronavirus cases amid warnings by government officials that another surge in infections driven by the highly contagious omicron variant could be on its way.

The new spike in infections comes after a steady decline of new cases over several weeks following an earlier record-setting surge.

The omicron variant spreads even more easily than other coronavirus strains, and has already become dominant in many countries. It also more easily infects those who have been vaccinated or had previously been infected by prior versions of the virus. However, early studies show omicron is less likely to cause severe illness than the previous delta variant.

President Vladimir Putin on Wednesday call the virus situation in the country “very difficult” and urged the government to prepare. Deputy Prime Minister Tatyana Golikova promised to present some new response measures by the end of the week, without going into details.

Russia’s state coronavirus task force has registered over 10.7 million confirmed infections and 319,172 deaths since the start of the pandemic. Russia’s state statistics agency, which user broader counting criteria, puts the death toll much higher, saying the overall number of virus-linked deaths between April 2020 and October 2021 was over 625,000.

Russia had only one nationwide lockdown in 2020 and in October of the same year, many Russians were ordered to stay off work for a week amid a jump in infections and deaths. However, authorities have generally resisted shutting down businesses or imposing any tough restrictions. 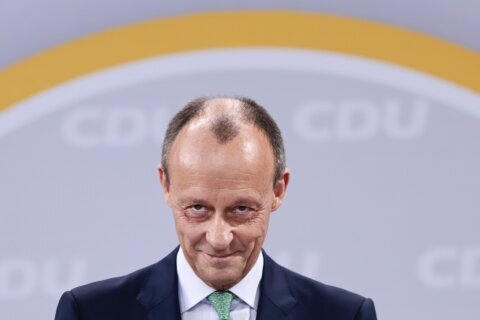