MOSCOW (AP) — In the face of mounting domestic unrest and apparent uncertainty over the loyalty of law enforcement and military forces, Kazakhstan’s president has turned to a Russia-dominated security alliance for help.

Within hours, the Collective Security Treaty Organization, or CSTO, announced its readiness to accept the plea for assistance. By Thursday, planeloads of Russian elite airborne units were flying into Kazakhstan. Kazakh Deputy Foreign Minister Shukhrat Nuryshev said 2,500 CSTO peacekeepers would be deployed.

This marks the first time the CSTO has been engaged in an active operation.

WHAT IS THE CSTO?

The Collective Security Treaty Organization was formed in the first half of the 1990s following the collapse of the Soviet Union. Besides Russia, it includes Armenia, Belarus, Kazakhstan, Kyrgyzstan, and Tajikistan.

Despite its name, the bloc has at times struggled to define its exact purpose. Failure to engage in numerous security crises among its members over the years has prompted security analysts to question its viability. Last spring, two members, Kyrgyzstan and Tajikistan, were engaged in a messy and bloody border dispute. The CSTO looked on impassively.

The bloc’s focus has instead been aimed more intensely on enhancing readiness for potential spillover from Afghanistan, which shares a long border with Tajikistan. Russia has around 7,000 troops stationed in that country.

WHY DID KAZAKHSTAN SUMMON CSTO SUPPORT?

To legitimize his plea for outside military help, Kazakh President Kassym-Jomart Tokayev went on television late Wednesday to say the unrest was being perpetrated by “international terrorist groups.” This framing was important because the CSTO is ostensibly designed to protect member states from external aggression. It’s unclear, however, which outside groups might be allegedly fomenting the trouble in Kazakhstan.

The current crisis began at the start of this week with peaceful protests over the sudden rise in car fuel prices. As large rallies began springing up across the country, and as violence broke out in Almaty, the country’s commercial capital, reports emerged in some locations that law enforcement was declining to suppress the gatherings, which is the normal protocol in Kazakhstan. This has fueled speculation that Tokayev, who became president in 2019, was growing nervous over the loyalty of his security apparatus.

WHAT IS THE CSTO MISSION?

The Russian Defense Ministry says its troops are being flown into Kazakhstan on 70 Il-76 and five An-124 heavy transport aircraft. Russian military transports will also bring in the troops from Belarus, Tajikistan, Kyrgyzstan and Armenia.

Russia’s component is being drawn from units in the army specially trained for rapid reaction operations: the 45th Guards Special Purpose brigade, the 98th Guards Airborne Division and the 31st Separate Guards Order. A group of troops from the 98th Guards Airborne Division was captured by Ukrainian armed forces while apparently involved in covert military operations in the war in eastern Ukraine in 2014. Russia claimed they had crossed the border by mistake.

The mission in Kazakhstan will be led by Andrei Serdyukov, 59, the overall commander of Russian Airborne Troops.

HOW DO KAZAKHS VIEW CSTO INVOLVEMENT?

The sight of Russian troops patrolling the streets of their country will provoke deeply ambivalent feelings among Kazakhs. Kazakhstan is a close and loyal ally to Moscow and feelings toward Russia are typically positive.

There is, nevertheless, intense anxiety over Russia’s historically aggressive behavior toward its neighbors. The Kremlin cited alleged concerns over the oppression of ethnic Russians in Ukraine when it annexed Crimea in 2014. Kazakhstan, whose lands were conquered by the Russian Empire during the 19th century, has a large ethnic Russian population in its northern regions and nationalist politicians in Moscow routinely talk about the need to one day intervene on their behalf.

In an interview with Russian state news agency RIA Novosti, CSTO Secretary General Stanislav Zas scoffed at talk that the bloc’s troops were a cover for imposing Russian authority over Kazakhstan. “There has been some gibberish about how this is an invasion or something,” he said. “Well, I’m sorry, this is just completely stupid.”

Tokayev will nevertheless face questions from his own people about whether his eagerness to welcome foreign troops has not diluted Kazakhstan’s sovereignty. Invasion or not, the damage has been done.

HOW LONG WILL CSTO TROOPS STAY?

As long as it takes, Zas told RIA Novosti. That could mean days or even weeks. The official position is that Kazakhstan only has to say the word and CSTO troops will leave.

Russian troops have already been deployed at the airport in Almaty, where the most serious unrest has occurred. Although Nuryshev, the deputy foreign minister, said around 2,500 CSTO troops in total are being deployed in Kazakhstan, Russian media has reported a figure of 3,000 troops among Russia’s mission alone.

Kazakhstan’s government said Friday that “constitutional order” had been restored all across the country, but that disturbances were still persisting in Almaty. 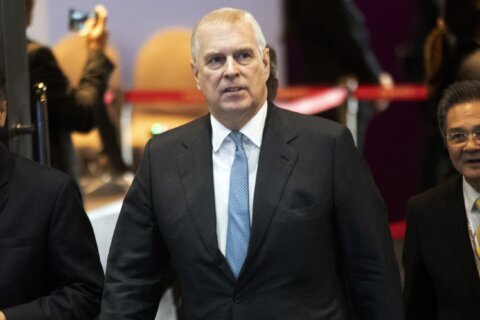