WHO: Weekly COVID cases dip in Europe after weeks of gains

GENEVA (AP) — The World Health Organization’s European region has recorded a slight drop in both COVID-19 cases and deaths last week after facing a string of weekly increases.

The U.N. health agency also noted European Center for Disease Prevention and Control figures showing that as of Monday, all the 212 confirmed cases of the omicron variant identified across 18 European Union countries up to that point had turned up asymptomatic or mild disease. WHO cautioned that its understanding of the omicron variant will “continue to evolve” as more data comes in about its impact.

WHO said in its weekly epidemiological released late Tuesday that the weekly number of new cases in its 53-country European region fell 2% to more than 2.6 million new cases reported over the last week — with Germany and Britain recording the most — and 29,000 new deaths over the period — a decline of 3% from the previous week.

The incidence of cases in Europe had been rising since mid-October, WHO said.

Globally, it said case incidence “plateaued” over the last week with more than 4 million new cases reported, though the count of new weekly deaths rose 10% to more than 52,500. The United States had the most new weekly cases, at more than 752,000, marking a 30% jump from the figure a week earlier.

Cases shot up in Africa — which has had by far the fewest cases of any of WHO’s six regions so far — by 79% to more than 6.3 million cases total since the beginning of the pandemic. But there were 498 deaths in the Africa region for the week, a decline of 13% from the previous week.

Overall, the Africa region has tallied more than 153,000 deaths linked to COVID-19, compared to more than 1.5 million in Europe and 2.3 million in its Americas zone, WHO said.

The counts of verified cases and death linked to the pandemic are likely to far underestimate the actual toll, officials have said. 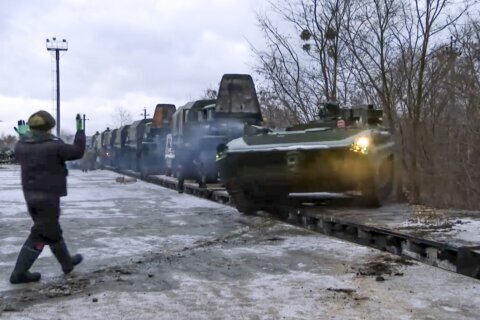