LONDON (AP) — An independent, unofficial body set up by a prominent British barrister to assess evidence on China’s alleged rights abuses against the Uyghur people concluded Thursday that the Chinese government committed genocide and crimes against humanity.

The Uyghur Tribunal, made up of lawyers, academics and businesspeople, doesn’t have any government backing or powers to sanction or punish China. But organizers hope the process of publicly laying out evidence will compel international action to tackle Beijing’s policies against the Uyghurs, a largely Muslim ethnic group.

Tribunal chair Geoffrey Nice said the genocide ruling was based on evidence that the Chinese government’s forced birth control and sterilization policies targeting Uyghurs in the far western Xinjiang province were “intended to destroy a significant part” of the group’s population. The abuse was part of comprehensive policies directly linked to President Xi Jinping and the highest levels of the Chinese government, he said.

Nice, a senior lawyer, previously led the prosecution of ex-Serbian President Slobodan Milosevic and has worked with the International Criminal Court.

“There has to be an intention to destroy, by the act of interfering with birth, a group,” he said. “The evidence was that a significant proportion of Uyghurs who would have been born will not be born.”

The Chinese Embassy in London condemned the tribunal as a “political tool used by a few anti-China and separatist elements to deceive and mislead the public.” The embassy also said in a statement that the policies in Xinjiang were aimed at fighting terrorism and preventing radicalization.

“The ‘Tribunal’ and its so-called ‘conclusions’ are mere clumsy shows staged by anti-China elements for their self-entertainment. Anyone with conscience and reason will not be deceived or fooled,” the embassy said.

About 30 witnesses and experts gave evidence to a series of public hearings in central London earlier this year, alleging torture, forced abortions, rape and beatings by authorities while in state detention centers. The hearings also reviewed large amounts of documents detailing other policies including the separation of young children from their families and widespread destruction of mosques.

The tribunal concluded that it was beyond doubt that crimes against humanity were committed. Nice said Xi and other senior officials “bear primary responsibility” for what has occurred in Xinjiang.

“This vast apparatus of state repression could not exist if a plan was not authorized at the highest levels,” he said.

An estimated 1 million people or more — most of them Uyghurs — have been confined in reeducation camps in Xinjiang in recent years, according to researchers.

The hearings were the latest attempt to hold China accountable for its policies targeting the Uyghurs and other predominantly Muslim and ethnic Turkic minorities.

A key part of the evidence was drawn from leaked Chinese government documents that Adrian Zenz, an academic specializing in the topic, said showed a direct link from Xi to the sweeping detention of more than a million people belonging to minorities, forced labor programs and forced birth control practices on Uyghur and other minority women.

Zenz wrote in a report that the leaked documents showed that the links “between statements and mandates made by Xi and other central government figures and policies that were implemented after 2016 are far more extensive, detailed and significant than previously understood.”

In Turkey, Semsinur Gafur, who submitted a video testimony to the London hearings, said she was pleased that the hearings shone a light on what is happening in Xinjiang.

“They’re trying to erase us from the face of the earth and get rid of us completely,” she told The AP. “The tribunal has shown us the world will do something, that humanity is not dead.”

The U.S. government has declared that Beijing’s policies against the Uyghurs amounted to genocide and crimes against humanity. Legislatures in Britain, Belgium, the Netherlands and Canada have done the same.

British lawmakers urged the government to impose sanctions targeting responsible individuals and businesses as well as examine the country’s supply chain to make sure it is not complicit.

“It’s really imperative to call upon our government to act now,” said Helena Kennedy, a member of Britain’s House of Lords. “The evidence is absolutely clear for anyone to see.”

Jo Smith Finley, a Chinese studies expert at Newcastle University, said that while Thursday’s findings were not a legal ruling and had “no legal teeth,” they would still put significant pressure on governments to act.

“There is still time to prevent, still time for governments and civil societies to step up,” she said.

Huizong Wu in Taipei, and Ayse Wieting in Istanbul, contributed to this report.

This story was first published on December 9, 2021. It was updated on December 16, 2021 to correct the name of Newcastle University expert. She is Jo Smith Finley, not Jo Finley Smith. 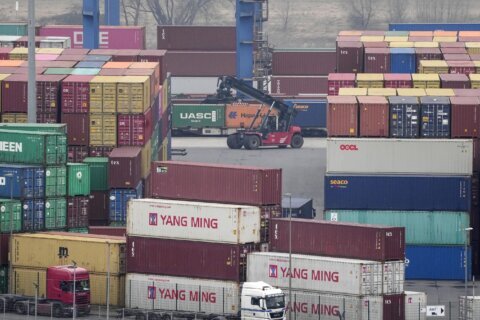 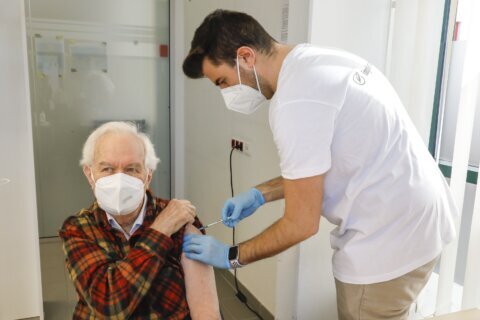