ATHENS, Greece (AP) — Three people have been charged with murder in Greece following the death of 16 migrants who were killed when a boat transporting them from Turkey to Italy capsized, authorities said Monday.

The suspects were among 63 people rescued following the tragedy Friday when the vessel carrying migrants from Turkey to Italy overturned near the Greek island of Paros. They were charged with causing an accident at sea, intentional manslaughter and membership in a criminal organization, the coast guard said.

At least 30 migrants died at sea in three separate incidents in Greece last week and more than 160 were rescued, including the capsizing near Paros. Smugglers are now seeking to avoid Greek islands near the Turkish coast which are heavily patrolled by the coast guard and European Union border protection agency Frontex.

Over the weekend, Merchant Marine Minister Yiannis Plakiotakis described the smugglers as “ruthless killers” who are cramming people onto unseaworthy boats and failing to hand out life vests, even to underage passengers.

Two of the suspects arrested Monday were 31 years old and the third was 40. 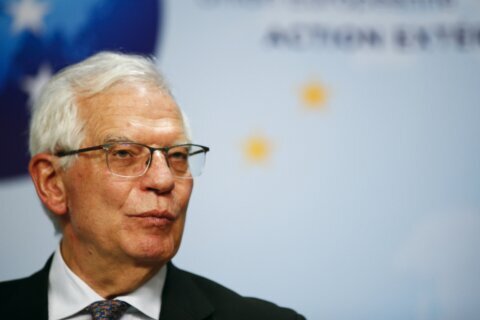 EU warns Mali, Sahel states over use of Russian mercenaries