BERLIN (AP) — Police in eastern Germany said Thursday that a call from an intoxicated man led them to a stash of weapons and an altar-like collection of Nazi memorabilia including pictures of Adolf Hitler.

Officers went to the 53-year-old man’s apartment in Limbach-Oberfrohna, near the city of Chemnitz, on Tuesday night after he called police asking for help and leaving a “confused impression.”

They found a collection including knives and bullets and an “altar-like decoration” of objects in the living room, with pictures and symbols from the Nazi era including those of Hitler.

Police said in a statement that the German man was taken to a hospital, and then his apartment searched in the owner’s presence the following day on suspicion of violations of weapons laws. They seized a cartridge belt, brass knuckles and three knives among other things.

The man voluntarily gave up other objects that weren’t “criminally relevant,” as well as Nazi-related material, police said. They were investigating where the weapons came from and said the man had no record of related offenses. 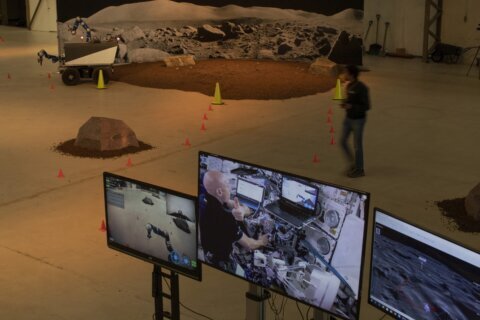