LIVERPOOL, England (AP) — Britain’s top diplomat welcomed Group of Seven foreign ministers to Liverpool on Saturday with a warning that “free democratic nations” must wean themselves off Russian gas and Russian money to preserve their independence.

As concern mounts about Russia’s troop build-up near Ukraine, Truss said the G-7 meeting would be “a show of unity between like-minded major economies that we are going to absolutely be strong in our stance against aggression, against aggression with respect to Ukraine.”

Truss told broadcasters that a military move on Ukraine would be “a strategic mistake” with “severe consequences” for Moscow. The U.S. and its NATO allies are concerned Russia’s movement of troops and weapons to the border region may be a prelude to invasion, and say they will inflict heavy sanctions on Russia’s economy if that happens.

Moscow denies planning to attack Ukraine and accuses Kyiv of its own allegedly aggressive designs.

Truss said she wanted to work with other countries “to make sure that free democratic nations are able to have an alternative to Russian gas supplies,” a reference to the contentious Nord Stream 2 pipeline carrying gas from Russia to Germany.

The Liverpool meeting will be the first international gathering for Germany’s new foreign minister, Annalena Baerbock, a politician from the environmentalist Greens who has previously opposed Nord Stream 2.

Britain is not very dependent on Russian gas, but London’s financial district and property market are major hubs for Russian money. U.K. authorities have long been accused of turning a blind eye to ill-gotten funds from around the world.

“There have been decisions made by the free world … in the short term to obtain cheap energy or cheap financing, and that has a long-term cost for freedom and democracy,” she said. “And we can’t make that mistake again.”

The diplomats will also discuss China’s muscle-flexing in the Indo-Pacific and lagging efforts to vaccinate the world against the coronavirus at the meeting, the final major event in Britain’s year as G-7 president.

The meeting of top diplomats from U.K., the United States, Canada, France, Germany, Italy and Japan also comes as negotiators meet in Vienna to try to revive an ailing international deal on Iran’s nuclear ambitions.

Truss warned this week that the Vienna talks are “the last chance for Iran to sign up” to the deal, which was meant to rein in Iran’s nuclear program in return for loosened economic sanctions. It faltered after then-President Donald Trump pulled the U.S. out of the agreement in 2018 and Iran began ramping up its uranium enrichment.

In a speech at the Chatham House think tank, Truss urged Iran to rejoin the deal, “because we are determined to work with our allies to prevent Iran securing nuclear weapons.”

Climate change, tensions in the western Balkans, Afghanistan and North Korea are also on the agenda for a meeting that will include both foreign and development ministers from the G-7 countries.

Unity among members of the group often proves hard to find. G-7 foreign ministers last met in London in May, issuing a statement accusing China of economic mischief and human rights abuses against Uyghur Muslims, but offering little concrete action to deal with an increasingly forceful Beijing.

Britain is keen to work more closely with Asian nations as part of an “Indo-Pacific tilt” following the U.K.’s departure from the European Union last year — both to boost U.K. trade and as a counterweight to China’s dominance. Truss has invited ministers from the Association of Southeast Asian Nations to the Liverpool meeting, though many will be joining remotely because of the coronavirus pandemic.

For the ministers attending in person, the U.K. has chosen a location steeped in British history and culture.

They are meeting at the Museum of Liverpool in the city’s docklands, which were once a symbol of Britain’s global reach and economic might, then of post-industrial decline. Now the area on the River Mersey is an example of 21st century urban renewal as a leisure and cultural district, complete with a museum dedicated to the city’s most famous sons, The Beatles. 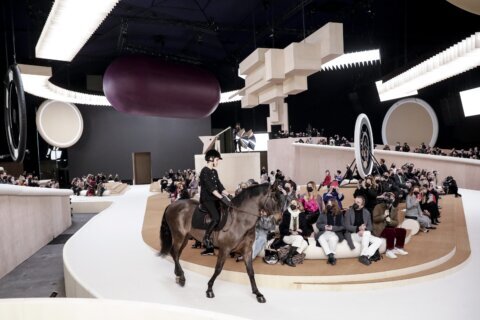 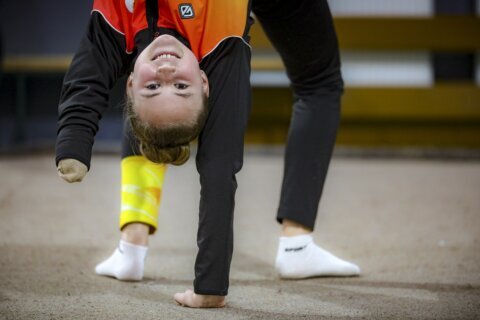